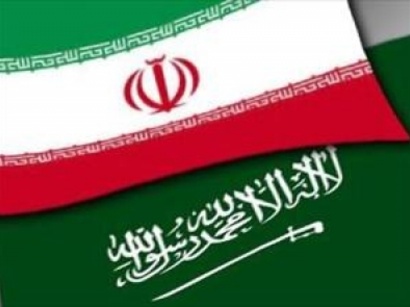 In a letter to the Islamic Republic of Iran’s consulate in Jeddah, the Saudi foreign ministry announced that the two officers will receive maximum penalty.

The letter said that the two culprits have been sent to interrogation and their cases have been presented to the prosecutor for the adoption of necessary disciplinary actions.

It added that different bodies of the Saudi government are committed to practicing the Islamic laws, will harshly punish those who have been convicted of the crime and will inform the Iranian consulate of the results.

Earlier this month, two Iranian teenagers were sexually abused by the Saudi police in Jeddah Airport in a last case of the Saudis’ growing insolence towards Iranian Umrah pilgrims in Mecca and Medina.

Iran lodged complaint with the Saudi government against the policemen involved in the sexual harassment of the two Iranian teenage boys at the Jeddah airport.

The angry protestors chanted slogans against the Saudi regime, and called for halting the Iranians’ visit to Saudi Arabia for Umrah pilgrimage to Mecca.

As a result, Iranian Culture Minister Ali Jannati said on the same day that the Umrah (minor) Hajj pilgrimage to Saudi Arabia had been suspended by Iran in reaction to the Saudi officials’ growing insults to Iranian nationals.

Speaking in a local gathering, Jannati underscored that the Hajj and Pilgrimage Organization has been ordered to suspend all of Umrah (minor) Hajj pilgrimage to as of Monday until the Arab country punishes the perpetrators behind the sexual assault on two teenager Iranian Hajj pilgrims.

“A large number of Iranian senior clerics have voiced their concerns over this issue and believe that the Saudi officials usually deal with the Umrah pilgrims in inappropriate ways,” he added.

Jannati underscored that the Saudi government had promised capital punishment or even execution for those who offended the Iranian young pilgrims at Jeddah Airport, but so far noting had been made in that end.

Saudi Arabia’s insults and aggressive behavior towards Iran and its allies in the region as well as its recent savage attacks on Yemen has infuriated Iranian officials.

Yesterday, Commander of the Islamic Revolution Guards Corps (IRGC) Major General Mohammad Ali Jafari called on Iranian officials to stop being conservative in their stances and remarks on Saudi Arabia and show tougher stance on the country for its growingly hostile approach towards Iran.

“Today, the traitor Saudi Arabia has exactly followed in the footsteps of Israel and the Zionists. At present, the opponents of the Islamic Revolution came to be better known every day and they can no more hide themselves behind the mask of hypocrisy,” Jafari said, addressing a science festival in Tehran on Monday.

“Today, Saudi Arabia is indecently and shamelessly bombing and massacring a nation that is seeking to deny a hegemonic system,” he added.

He said Islamic Republic officials showed a conservative attitude towards Saudi Arabia due to certain considerations in the past, “but now that these attacks have been waged, these considerations and reservations should be ruptured.”

“Today the Al-Saud is exposed to collapse and demise,” the IRGC top commander underscored.

Jeddah airport, sexual harassment of Iranian pilgrims in jeddah, Umrah Hajj pilgrimage April 28, 2015
Those who have vested interest in sanctions should change their job
Iran’s Bavar-373 air defense system to be deployed by year-end: Cmdr.