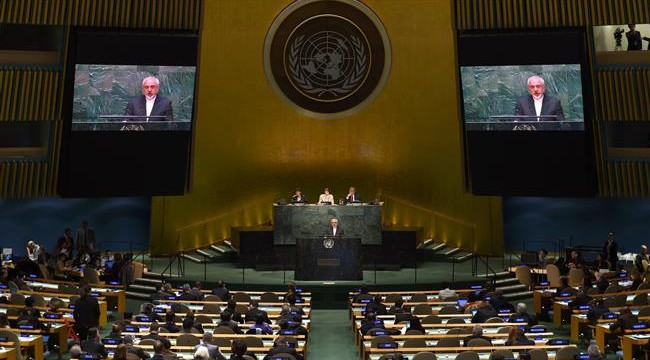 UNITED NATIONS (AP) — Several of the world’s nuclear powers are gathering to discuss progress on a landmark treaty on disarmament, with Israel attending for the first time in two decades as an observer, and with intense interest in the fate of nuclear talks with Iran.

Diplomats say that the Iran discussions are separate from the Nuclear Nonproliferation Treaty, or NPT, review conference that begins Monday. U.S. Secretary of State John Kerry and Iran’s Foreign Minister Mohammad Javad Zarif are meeting on the sidelines.

Immediate concerns at the conference include the lack of progress in disarmament by the United States and Russia, who between them hold 90 percent of the world’s nuclear weapons.

Few breakthroughs are expected as diplomats warn of Cold War-style tensions over Ukraine and other issues.