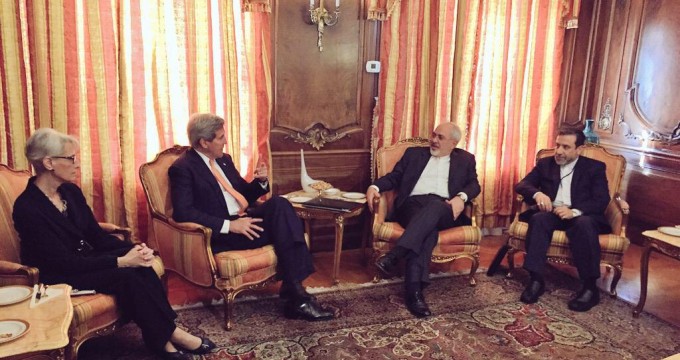 In a historic move, US Secretary of State John Kerry met with Iranian Foreign Minister Mohammad Javad Zarif at the New York residence of the Iranian ambassador to the United Nations on April 27, the first time in over two decades that the United States’ top diplomat is known to have entered Iran diplomatic property — albeit one located in Manhattan’s Upper East Side.

Kerry and Zarif, accompanied by their top negotiators, met at the Iranian UN envoy’s Park Avenue residence — which used to be Zarif’s home when he served as Iran’s UN envoy — in the afternoon, on the sidelines of the Nuclear Non-Proliferation Treaty (NPT) Review Conference that got underway the same day at the UN.

It was the first meeting of Kerry and Zarif since Iran and six world powers reached a framework Iran nuclear accord in Lausanne, Switzerland, on April 2. Negotiators from Iran and the five permanent members of the UN Security Council plus Germany (P5+1) are trying to the finalize the comprehensive nuclear accord with all its details by a June 30 deadline.