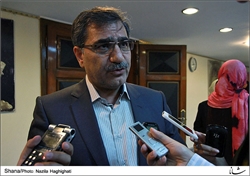 Speaking at the third edition of sustainable gas production conference at Research Institute of Petroleum Industry (RIPI) today, NIGC’s chief, Hamidreza Araqi, noted that the cabinet has not sent any legislation to NIGC regarding applying new prices so far this year.

He continued: “Last year natural gas prices rose by 20 percent under a legislation by the cabinet but this year no new decision has been made so far.”

Replying a question regarding value-added tax which is charged from gas consumers, he said last year the parliament passed a law which permitted the company to levy 130 rials on consumption of each meter of gas and the same amount has been applied this year as well.
Under the laws, tax rate has been raised from 8 to 9 percent as well, he concluded.