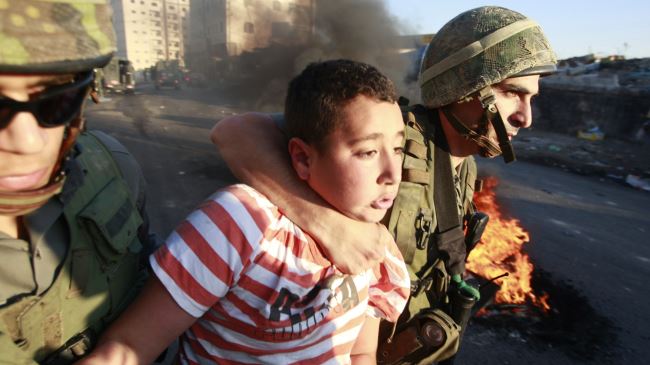 Israeli forces have abducted at least five Palestinians during an overnight raid on a number of houses in the occupied West Bank.

The arrests were made in the northern city of Jenin on Sunday, according to Palestinian sources.

In recent months, Israeli forces have intensified their crackdown on Palestinians by raiding their homes and putting them behind bars based on the administrative detention policy.

A member of the Israeli security forces prepare to throw a stun grenade towards Palestinian protesters in the village of Kfar Qaddum, near Nablus in the occupied West Bank on April 24, 2015. © AFP

Settlers, mostly armed, regularly attack Palestinian villages and farms and set fire to their mosques, olive groves and other properties in the West Bank under the so-called “price tag” policy. However, Tel Aviv rarely detains the assailants.