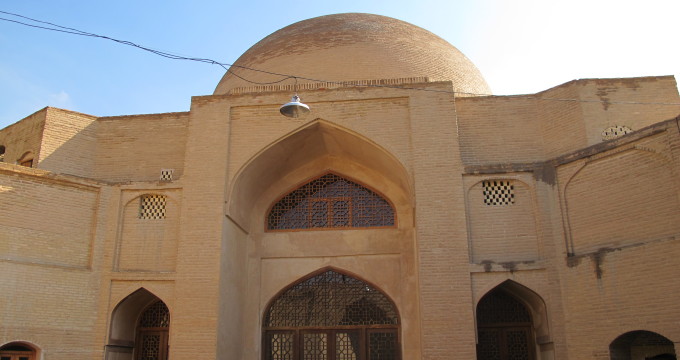 Dating back to 7th century BC, the city of Saveh in Markazi Province is one of the oldest, historically-rich cities of Iran. It is home to a number of historic sites, such as the 1000-year-old Jameh Mosque which is succumbing to erosion.

Speaking to ISNA news agency during the inauguration of the handicraft bazaar in Saveh, the governor of Markazi Province Mohammad Baharvand said, “The mosque is a part of Saveh’s identity and a symbol of the people’s adherence to the tenets of Islam.”

The official pointed to the efforts to restore other mosques, such as the Jameh Mosque of Borujerd in Lorestan Province, that turned the once-forgotten mosques into sites where Friday prayers are held.

“But the mosque in Saveh has been deprived of the same attention, much to the chagrin of the people.”

He noted that the budget which had been allocated to the restoration project of the mosque was not sufficient.

“People yearn to see the mosque restored to its former grandeur and for that we need a bigger budget,” he stressed.

Handicraft Bazaar
Baharvand expressed hope that the recently opened bazaar, which houses up to 15 pavilions, could help promote Saveh’s art and craft. “Handicraft, if promoted correctly, can become profitable.”

The handicraft bazaar’s main goal is to help boost the economy, according to Seyyed Mohammad Hosseini, head of the provincial office of Iran’s Cultural Heritage, Handicraft, and Tourism Organization (ICCHTO).

“It is our policy to promote and support the industry.”
The bazaar was inaugurated Saturday in a ceremony attended by ICHTTO and provincial officials.

Background
The historic city of Saveh traces its roots to 700 BC, when it was used as a stronghold of the Medes. During the Sassanid era it became a major hub of the empire due to its geographical position in the middle of the country’s trade route.
The core of the city’s Jameh Mosque dates back to the 12th century, while several of the inscriptions found in the building are from the 10th century.
The mosque originally had two minarets but only one remains standing. Covered in inscriptions in Kufic and Nashki scripts, the 14 meters tall minaret is the finest of the Seljuk era still standing.