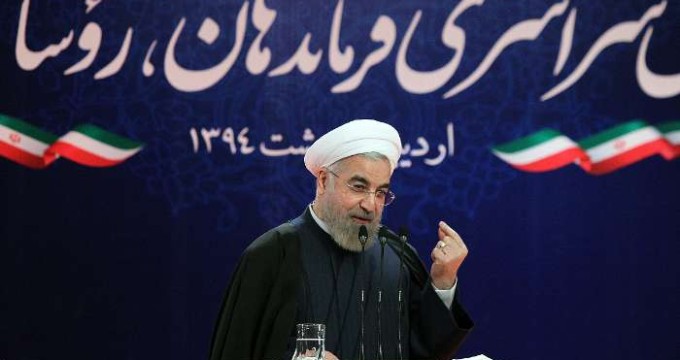 Police do not have a duty to implement Islam, says Rouhani

Police in Iran do not have a duty to implement Islamic rules, Iran’s President Hassan Rouhani says at a gathering of commanders of the Law Enforcement Force of Iran (NAJA) on police responsibilities on Saturday.

“Police do not have a duty to enforce Islam. Police have a single task, which is to enforce the law,” ISNA news agency quoted President Rouhani as saying.

He also described poverty, unemployment and corruption as real ills in society.

He added that police need to identify the root causes of social harms in the country.

“Ensuring security in society is different from making the social atmosphere security-centered,” he warned.

He went on to say that police should respect the dignity of individuals in dealing with members of the public; in enforcing laws, police need to pay close attention to priorities.

Iranian police also have a morality control department which implements laws against people who have been violating the Islamic rules including Islamic dress code in the country.

Besides, it should be noted that Iran’s conservative daily Keyhan on Sunday described the President Rouhani’s comment at a meeting with police commanders as “controversial”.