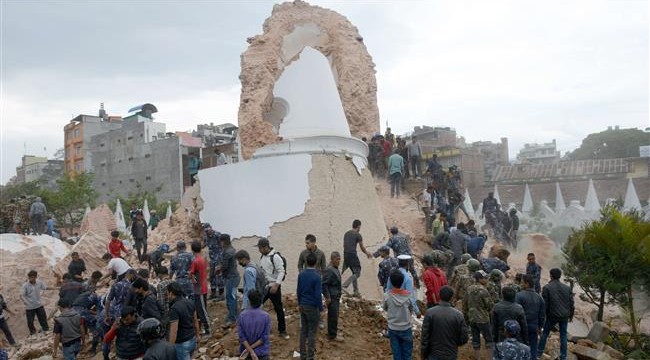 The statement indicates that Parvaneh Kazemi, Azim Gheichisaz and Alireza Behpour are camped at Khumbu Icefall and are in good health.
Nepal was hit by an earthquake measuring 7.9 on the Richter scale on Saturday April 25. The quake, which hit Katmandu, caused heavy avalanches in the Everest heights, trapping climbers and sherpas.

The Iran Football Federation also reports that the under-14 girls national team visiting Katmandu is also in good health and has not been affected by the earthquake. The team was supposed to play against India at 11:45 AM but the game was cancelled. The team was in the open-air portion of the stadium, which spared them from the sort of injuries and fatalities that have resulted from the disastrous quake.

The quake has killed hundreds so far and injured many more.