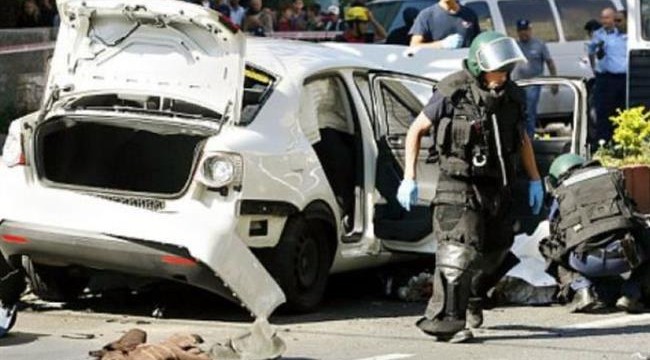 At least three people have been injured in a car bomb explosion that rocked the Tel Aviv suburb of Givatayim, reports say.

The blast is believed to be of a criminal nature, authorities said. There was no immediate claim of responsibility for the explosion.

The blast occurred just a day after four Israeli police officers were injured after being struck by a car in East Jerusalem (al-Quds).

The incidents come amid tensions following the killing of a Palestinian teenager at a checkpoint set up by the Israeli military in the area. Several Palestinians were wounded during the clashes that erupted in East al-Quds.

According to reports, Israeli forces shot dead the 16-year-old Palestinian boy on Friday night, while he was walking toward the al-Zaim checkpoint with his family, claiming that he intended to stab an Israeli officer.

Also on Saturday, Israeli forces shot and killed a Palestinian man in the southern West Bank city of al-Khalil (Hebron), making a similar claim that he had stabbed a border policeman.

Israeli forces were reportedly preventing Palestinians from entering the area of the Ibrahimi Mosque, known as the Cave of the Patriarchs, in al-Khalil at the time the incident took place.