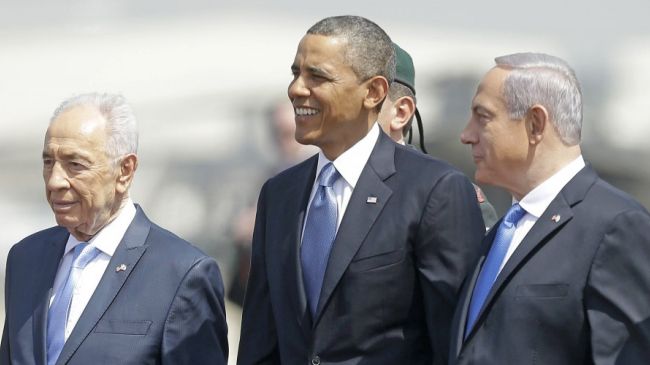 ‘Obama-Netanyahu meeting not likely until after Iran negotiations deadline’

On April 13, Obama held a series of meetings with Jewish groups and leaders, which focused primarily on the Iran talks.

As face to face meeting between US President Barack Obama and Prime Minister Benjamin Netanyahu is not likely in the near future, the president told a group of American Jewish leaders last week.

At a private meeting at the White House recently, Obama said a one-on-one meeting in Washington would only take place after a looming deadline for negotiations with Iran, the New York Times reported on Thursday, citing “people familiar” with the event.

Since such a meeting would likely result in Netanyahu criticizing the Obama administration for its efforts to curb Tehran’s nuclear program, a phone call would suffice “for now,” the president said. “An Oval Office invitation would wait until after the June 30 deadline for negotiating the details of the Iran deal.”

On April 13, Obama held a series of meetings with Jewish groups and leaders, which focused primarily on the Iran talks and a framework agreement achieved this month with world powers in Lausanne.

Strains in relations between Israel and the US flared in March after Netanyahu came to Washington to warn lawmakers about the perils of reaching a deal with Iran. His speech to Congress was arranged without the White House’s knowledge, violating established protocol and sparking outrage in the Obama orbit.

Amid these heightened tensions, Vice President Joe Biden is slated to attend the annual Independence Day celebration at Israel’s embassy in Washington DC on Thursday.

Ron Dermer, Israel’s Ambassador to the United States, has said he was pleased to host the vice president at the holiday event marking the 67th anniversary of the creation of the state, hailing it as an opportunity to “reaffirm the great friendship between Israel and the US.”

Hundreds of local leaders, diplomats and Israel supporters are expected to flock to the Andrew W. Mellon Auditorium, where Biden will give brief remarks. His participation in the festivities, the first for a sitting vice president since Dick Cheney took part in a 2008 event honoring Israel’s 60’s birthday, comes as Dermer, seen as instrumental in setting up Netanyahu’s now-infamous speech before Congress, has raised ire on Capitol Hill.