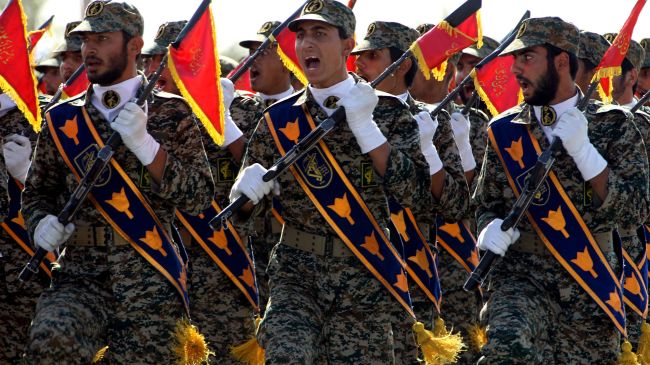 Tehran, April 22, The Iran Project – Iran marks the 36th anniversary of official establishment of the Islamic Revolution Guard Corps (IRGC) in the country on April 22, 1979, according to Javan Online.

Iran’s Defense Ministry in a statement on Tuesday hailed the role the Islamic Revolution Guards Corps (IRGC) has been playing in keeping the country’s enemies disappointed.

The statement was issued on the occasion of the formal establishment of IRGC in Iran.

The IRGC was established after the 1979 Islamic Revolution in Iran to defend the country against foreign threats and to safeguard the values and accomplishments of the revolution.

According to Article 150 of the constitution of the Islamic Republic of Iran, “The Islamic Revolution Guards Corps, organized in the early days of the triumph of the Revolution (1979), is to be maintained so that it may continue in its role of guarding the Revolution and its achievements. The scope of the duties of this Corps, and its areas of responsibility, in relation to the duties and areas of responsibility of the other Armed Forces, are to be determined by law with emphasis on brotherly cooperation and harmony among them.”