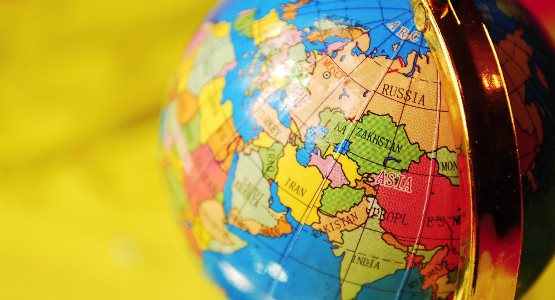 On April 22, 1970, millions took to the streets to mark the first ever Earth Day, turning environmentalism from an activist’s hobby into a social movement. Forty-five years on, this once monumental day has become an occasion for governments and multibillion-dollar companies to issue press statements about how they intend to celebrate the day by planting trees, and pat themselves on the back for a job well done.
In description of Earth, the affable scientist Carl Sagan once wrote, “That’s [Earth]. That’s home. That’s us. On it everyone you love, everyone you know, everyone you ever heard of, every human being who ever was, lived out their lives. The Earth is the only world known so far to harbor life.”
Why, then, do we care so little about it?

A Planet Falling Apart
We have reached a point in time when the lack of environment-related news in the media is considered good news; such is the extent of environmental issues threatening life on Earth.
The world as a whole is dealing with an unprecedented water problem. The World Economic Forum 2015 labeled water crisis the number one global risk based on impact to society. Roughly 750 million people around the world have no access to safe water; that is one in nine people. Societies are built around water, so it is redundant to elaborate on the devastating impacts of water shortage on life.
Even though drought has usually been associated with under-developed countries, it does not mean developed nations are safe from it. The state of California is experiencing its worst drought in more than 1000 years, forcing its officials to take drastic measures, such as ordering a mandatory statewide 25% cut in water use.
Illegal poaching is yet another dilemma. As if endangering our own kind was not enough, we have started picking off entire species for sport, or to sell a part of their body. Gorillas are hunted for their hands to be used as ashtrays; and elephants and rhinos are killed for the magical healing properties of their ivories and horns, respectively. The western black rhinoceros, which once roamed the savanna of sub-Saharan Africa, was declared extinct in 2011 due to poaching.
The permanent removal of trees, or deforestation, ranks high on the ‘things-we-need-to-stop-doing’ list. Aside from the obvious loss of habitat, deforestation disrupts water cycle, propagates soil erosion, and contributes to climate change by interfering with natural carbon cycle. Trees are cut down for a variety of reasons; some more selfish than others.
Of course, there is also the ever-present climate change problem. The continuous rise in global temperatures due to human activities is capable of causing untold damage to every habitat and ecosystem on the planet. Polar bears are losing their homes due to melting icecaps in the North and South Poles; and wildfires are increasing in frequency, eating up acres of forests as they burn through trees. The East Coast of the United States experiences such heavy snowfall that daily life is disrupted while the West Coast has to deal with unprecedented drought; that is chaotic nature of climate change.
If you thought – as the species responsible for this – we would be more than willing to combat climate change, think again. The fossil fuel industry vehemently denies the connection between man-made activities and global warming. It was recently revealed that one of the most prominent academic and climate change deniers, Willie Soon, had been receiving funding from major players in the energy industry to conduct his climate research. He was reported to have received $1.2 million over the last 14 years, and interestingly all his studies denied climate change. Go figure.
The fossil fuel industry is so powerful that even pressure from the media, possibly the most effective tool for change, has failed to have any significant impact on industry brass.

Iran’s Predicaments
A combination of natural phenomena and human activities have led to a cascade of environmental disaster in literally every corner of Iran; desiccation of Lake Urmia in the northwest, dust storms in the southwest, parched wetlands of Hamoun in the southeast, and long periods of drought in the northeast. These are only the problems which are too big to ignore and receive near-constant media coverage.
At the moment, two immediate threats looming large over Iran are countrywide water shortage and dust storms.
Dwindling water levels due to a trifecta of population growth, unsustainable farming, and mismanagement has left the country in dire straits. Iran’s outdated farming practices gobble up 90% of the country’s water, while the population explosion has led to demand further outstripping supply.
The issue of dust storms is a prime example of how one country’s actions can directly lead to environmental disaster in another. Even though the dust storms battering Iran’s southwestern provinces have local sources, such as the dried up Hoor al-Azim wetland due to obsolete oil extraction procedures, the majority of dust particles are blown over from neighboring countries, namely Iraq and Syria. Water flow into those two countries has been reduced by 80% and 40% respectively, owing to Turkey’s extensive dam construction. The reduced water flow has caused rivers to run dry, causing dust storms to become more frequent and severe.

Environmentally Unaware
We Iranians as a nation are environmentally unaware. It is an undeniable fact. Take a stroll down the tree-lined Valiasr Street and you will see a variety of litter floating in the water canals on either side of the street – that is, if water is actually flowing.
If we want to force government bodies and organizations to take the abysmal environmental situation seriously, we need to show that we care; not with talking, but with action.
It is time we started teaching our children that littering is wrong. How is it acceptable that a child gets away for littering outdoors, while they are reprimanded for the same behavior within the confines of their home.

Credit Where Credit’s Due
Around 60 environment schools, whose main objective is to train environmentally conscious students, are expected to open in the upcoming academic year. However, we cannot even think for a second that this is enough. The extent of our problems demands far more than we have done so far.
Environmental issues are global problems which require global solutions. Steps are being taken to reduce carbon emissions, and organizations are campaigning against deforestation, poaching, and the fossil fuel industry.
Despite all the talk, however, the multitude of negative environment news paints a more sobering picture: we have not done enough.