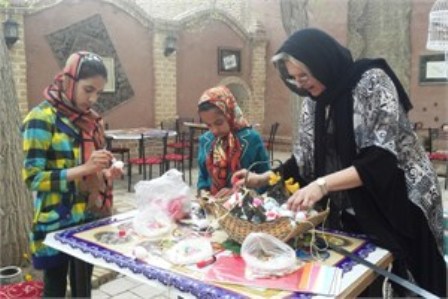 Tehran, April 22, IRNA – A French lady who adores Iranian culture and civilization has dedicated her life promoting Iranian culture among Iranian families particularly children to make them acquainted with their glorious past, public relations department of Cultural Heritage and Tourism Research Center announced on Wednesday.

Leila Kaffashzadeh, the official in charge of children and youth division at the Cultural Heritage and Tourism Research Center said the French lady along with her Iranian husband Mohammad Rahgosha have set up ‘Rahgosha Museum’ to promote cultural, scientific and educational programs.

Significant festivals dubbed ‘Pomegranate Celebration’, ‘Nouroz Feast’ and various festivals on music, Ashura and so on have been organized and held by the Rahgosha Museum.

After 20 years of living in Iran, the French lady feels herself duty bond to serve the Iranian culture and civilization, her husband said.

She tries to make the Iranian families especially their children acquainted with the rich culture and civilization.

The visitors can also visit special instruments belonging to traditional sports in Iran.

Rahgosha Museum is located in Badroud of Natanz in Isfahan province.