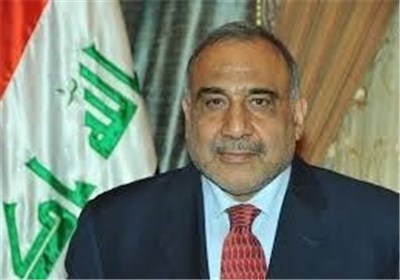 Iraqi minister: Plots underway to introduce Iran as regional threat instead of ISIL

TEHRAN (FNA)- Iraqi Oil Minister Adel Abdel Mehdi blasted certain countries for trying to distract the attention of the international community from the ongoing fight against the ISIL, and warned that special interest groups are replacing the threat of ISIL with Iran in order to achieve their goals.

The remarks by Abdel Mehdi came in reaction to efforts by pro-Saudi media and some Iraqi groups affiliated to the Takfiri streams to introduce Iran and the Iraqi popular Shiite groups as a threat to Iraq, with some of these media outlets stating very openly that they prefer ISIL to Shiites.

“Some say that there are more important goals than fighting the ISIL; this is a great mistake that some countries and Iraqi groups are making,” the Iraqi Al-Sumeriya News TV channel quoted the Iraqi oil minister as saying on Monday.

He warned that certain foreign and Iraqi sources are trying to replace war on ISIL with a fight against Iran and Shiism, describing the move as a “lethal mistake”.

Abdel Mehdi reiterated that past incidents have already proved that such an approach is totally wrong, and said, “By studying these events we find out the fate of those who have committed such mistakes.”

When Iraq came under the attack of ISIL and Takfiri terrorism, Iran was the first state to rush to Baghdad’s aid both in the heartland and in Kurdistan. Officials of both the central government in Baghdad and the local government of Kurdistan region, have repeatedly expressed their most heartfelt appreciation and gratitude for Iran’s rapid and vast aid.

On April 5, Iraq appreciated Iran for its assistance to Baghdad in the fight against the ISIL terrorist group, and underlined Tehran’s pivotal role in the freedom of Iraqi cities from the hands of the terrorists.

“Today, Iraq is engaged in fierce fighting in the three fronts of campaign on terrorism and corruption as well as reconstruction of the country, and we seek Iran’s assistance, support and partnership in these three fronts and have pinned much hope on the Islamic Republic of Iran’s positive role,” Obeidi said.

“We assume Iran’s increased support for the Iraqi armed forces as a strategic necessity,” he added.

Obeidi appreciated Iran for its help and military advice to the Iraqi army in the past, and said, “By visiting Iran, we underscore the Iraqi government, nation and armed forces’ determination to expand relations with Iran and we believe that developing ties between Iraq and Iran will benefit both nations.”