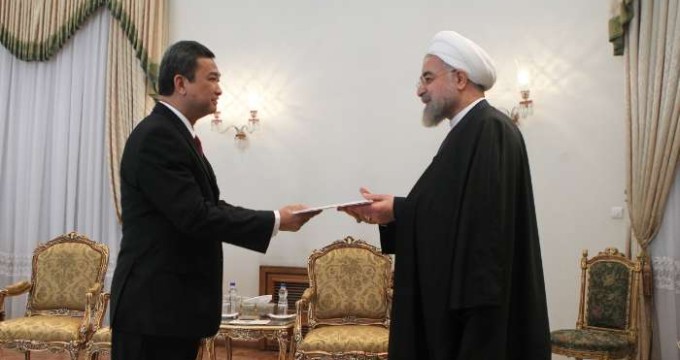 President Rouhani made the remarks while receiving the letter of credential of Thailand new Ambassador to Tehran Rasmee Chittham.

‘The two countries could expand the level of cooperation in economic, political and tourism arenas,’ President Rouhani noted.

Touching upon the spread of violence and terrorism in the Asian and African regions, the Middle East in particular, he added all countries should cooperate in tackling violence.

Chittham, for his part, underscored that the two countries enjoy ancient-old cordial relations.

The Thailand envoy added he would do his best to reinforce the level of mutual cooperation during his tenure.