A look at Iranian newspaper front pages on April 20

IFP has taken a look at the front pages of newspapers on Monday and picked headlines from 14 of them. IFP has simply translated the headlines and does not vouch for their accuracy.

The comments of the Supreme Leader at a meeting with senior Army commanders on the need for constant efforts by the armed forces to boost the country’s defense capabilities dominated the front pages of Iranian newspapers on Monday. The meetings of the visiting Afghan president with Ayatollah Khamenei and President Rouhani also appeared on the cover of dailies.

Afarinesh: An Iranian nuclear team to fly to Vienna for three days of talks to draft a final deal. 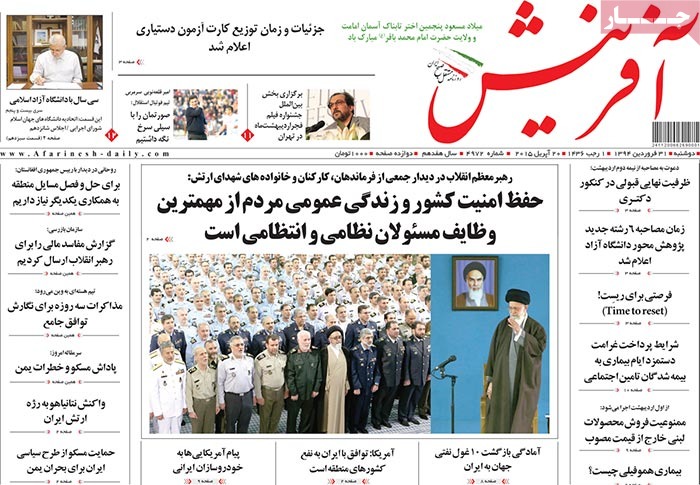 Afkar: The interior minister has named members of the country’s Electoral Commission.

Afkar: Talks have been held with Indian investors willing to put their money in Iranian petrochemical projects. 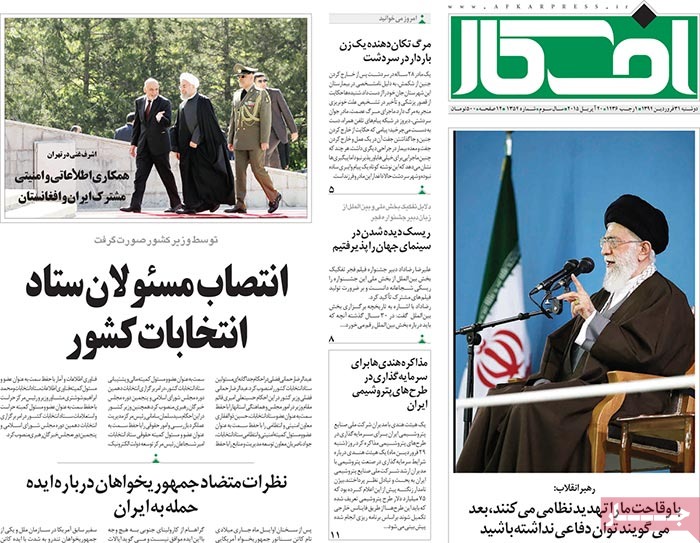 Aftab-e Yazd: “They accuse the government to justify their own rent-seeking in the past.”

First Vice-President Eshagh Jahangiri made the comment in reference to supporters of the previous principlist government.

Aftab-e Yazd: The Australian foreign minister has said that she would put on headscarf again to meet with President Rouhani. 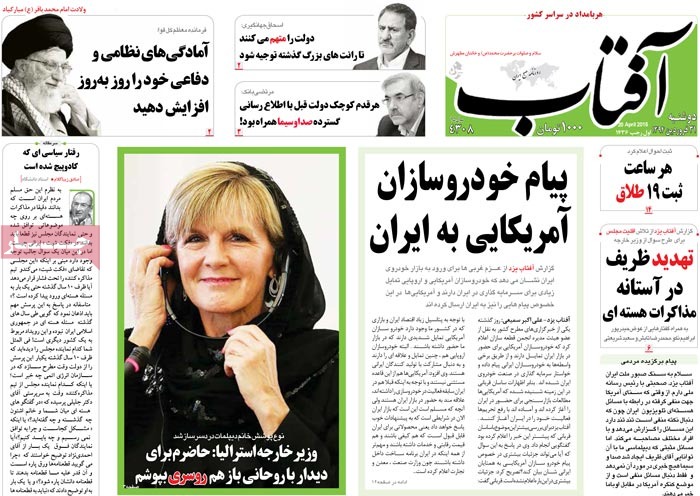 Arman-e Emrooz: “All state companies should go public. Roots of rent-seeking should be traced in the public, not the private sector.”

Asadollah Asgaroladi, [a prominent businessman and member of the Chamber of Commerce] made the comment in an exclusive interview with the daily.

Arman-e Emrooz: Supporters of Ahmadinejad have held an unauthorized gathering in Shiraz. 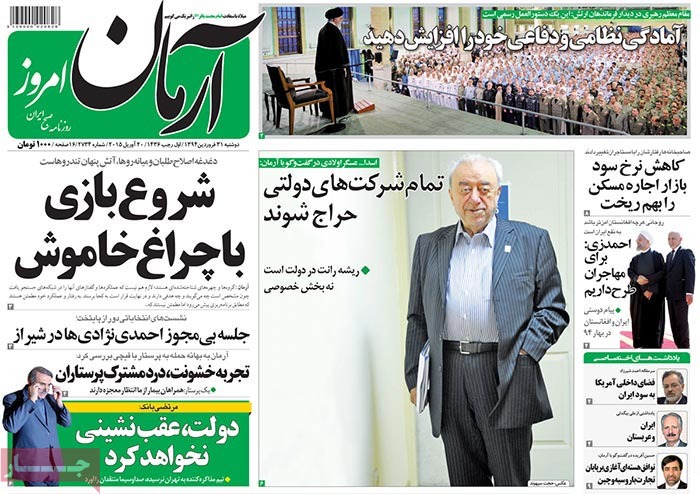 Emtiaz: “More than $6 million in drugs changes hands in the country on a daily basis.”

The deputy director of the country’s drugs commission has also said that more than 2,700 addicts died of overdose last year. 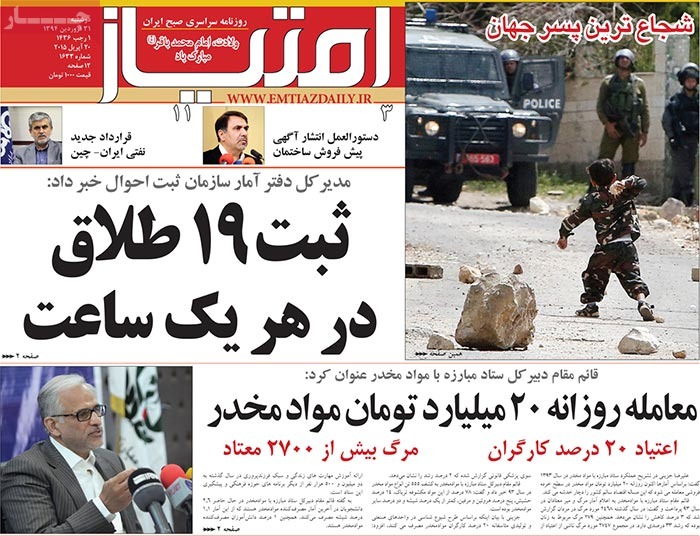 Etemad: The Leader’s order to the Army

“Raise your military and defense capabilities by the day; this is an official instruction.” 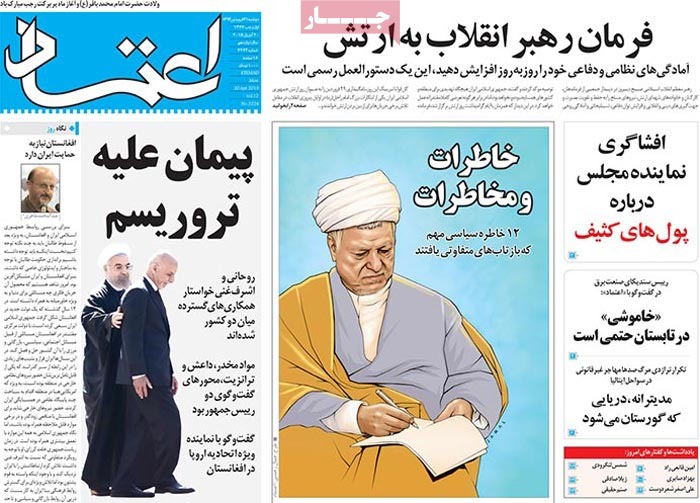 Ettela’at: “A report on corruption has been handed over to the Supreme Leader,” said the inspector general.

Ettela’at: “The government does nothing that is not authorized by law,” vowed First Vice-President Eshagh Jahangiri. 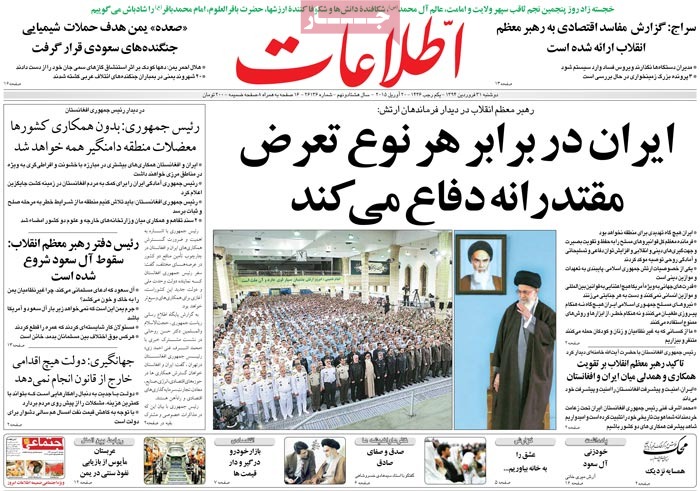 Haft-e Sobh: A number of Tehran residents have protested against the gruesome killing of stray dogs in Shiraz. 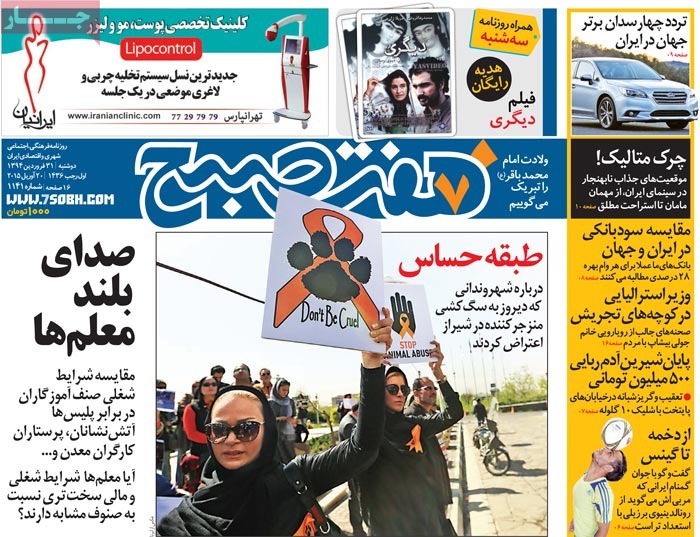 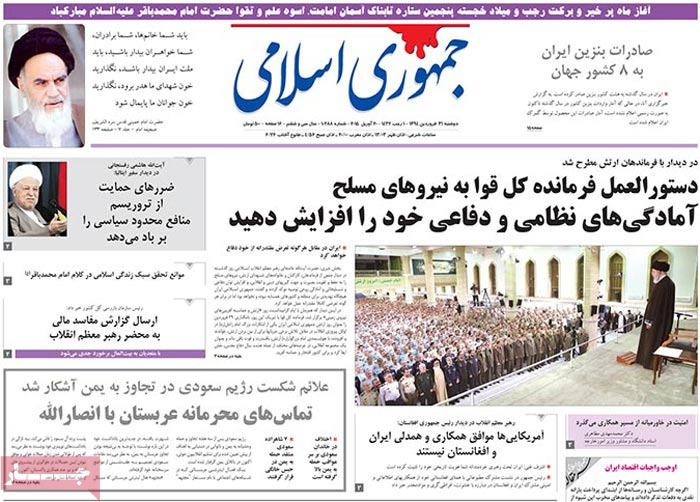 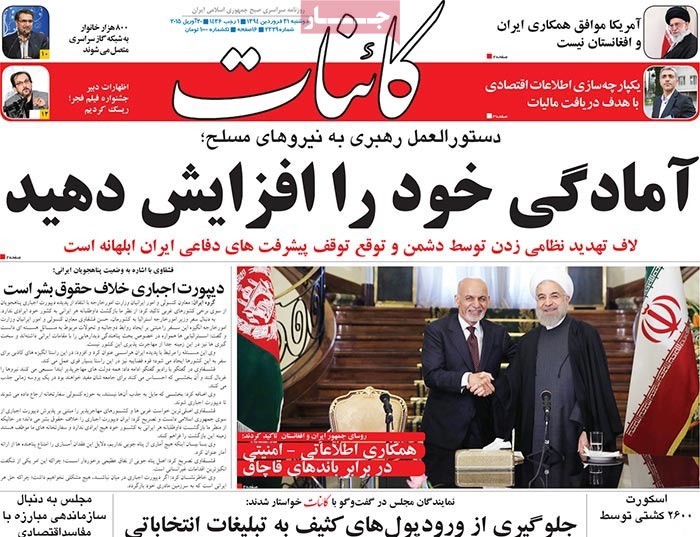 Kayhan: Iran and Afghanistan are to join forces in the fight against drugs and terrorism.

The announcement was made at a joint press conference of the Iranian and Afghan presidents. 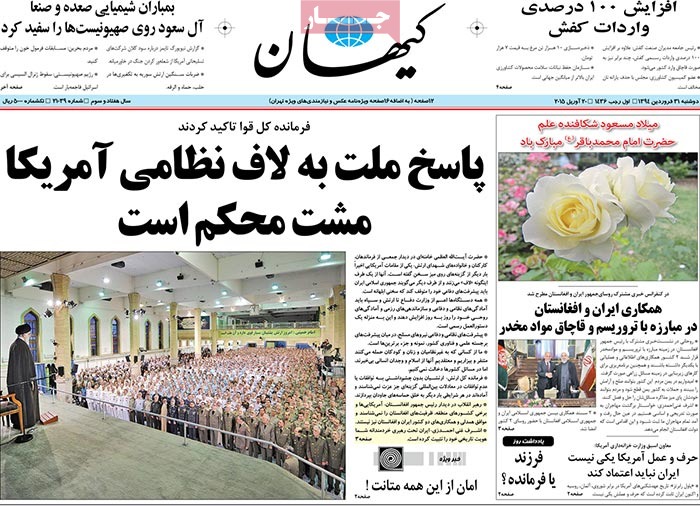 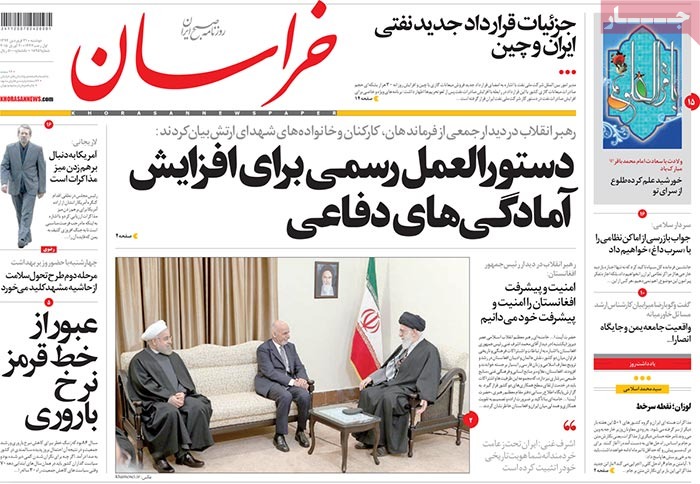 Qods: “An end to Iran’s progress on defense front is a silly expectation,” said the Supreme Leader at a meeting with senior Army commanders. 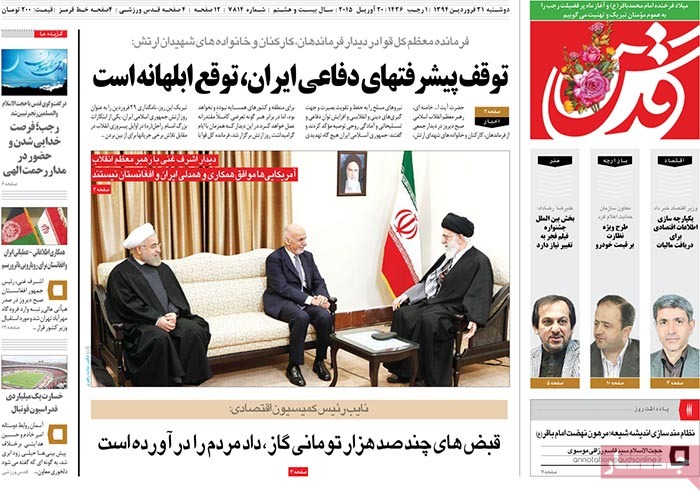 Sharq: “The Afghan potential should be properly tapped,” said the Supreme Leader at a meeting with the visiting Afghan president. 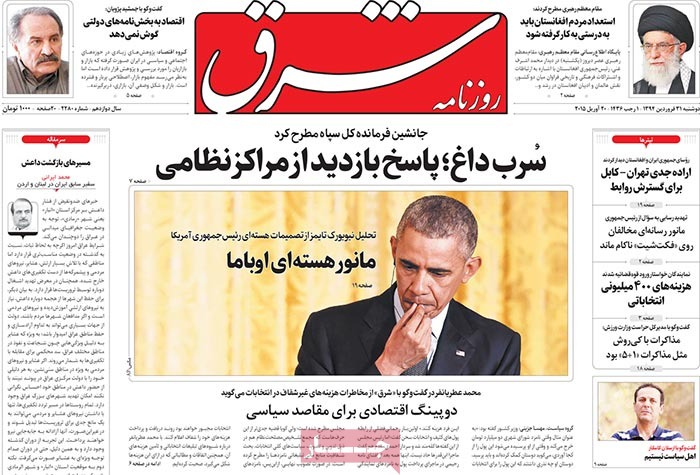