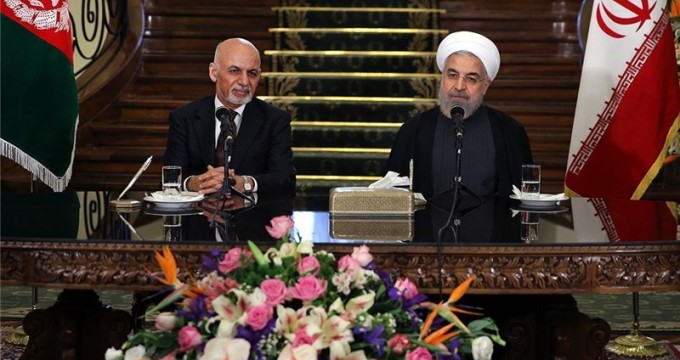 Speaking Sunday at a joint press conference with his Afghan counterpart, Ashraf Ghani, President Rouhani pointed to his talks with Ghani and said the two sides exchanged views on a host of issues, including ways to combat illicit drugs.

“In this area (campaign against drug trafficking), it was agreed that the two countries develop intelligence and operational cooperation,” the Iranian chief executive said.

Heading a high-ranking delegation, Ghani arrived in Tehran on Sunday morning for an official visit at the invitation of his Iranian counterpart.

Rouhani added that enhanced collaborations in combatting terrorism, violence and extremism in the Middle East, including along the common borders between Iran and Afghanistan, was another issue highlighted and agreed upon by the two presidents in the meeting.