Saudi Arabia, which is leading a three-week-old air campaign against Houthi fighters in Yemen, has announced $274m in humanitarian aid for the Arabian Peninsula nation.
The pledge, which the official SPA news agency said on Saturday was ordered by King Salman bin Abdulaziz Al Saud, followed a UN appeal for $274m to provide emergency assistance to the millions affected by the conflict.
“Ordinary families are struggling to access healthcare, water, food and fuel – basic requirements for their survival,” Johannes Van Der Klaauw, the UN humanitarian coordinator, said on Friday.
The World Health Organisation, in a new toll, says 767 people have died in Yemen’s war since March 19 and more than 2,900 have been wounded. The majority are civilians.
The UN says thousands of families have fled their homes due to the war, which has also killed six Saudi security officers in border skirmishes.
Brigadier-General Ahmed al-Assiri, the Saudi-led coalition’s spokesperson, said on Friday in Riyadh that “from this afternoon we have started operations in Taez”.
He said there had been 100 sorties in Yemen on Thursday, indicating there is no end in sight to the operation.
“This works needs patience, persistence and precision,” he said.
“We are not in a hurry … We have the time and we have the capabilities.”
Scores killed in fighting
On the ground, air strikes on Yemen’s southern port city of Aden killed a Houthi fighter, while at least 76 other people died in bombing and fighting around Aden and Taez, officials said on Friday.
In another development, Al-Qaeda in the Arabian Peninsula (AQAP), the local branch of al-Qaeda, overran a key army camp in Hadramawt province’s capital Mukalla, seizing heavy weapons and consolidating its grip on the city, an official said.
Residents confirmed that the camp, which had remained loyal to exiled President Abd-Rabbu Mansour Hadi, was taken “without resistance”.
Also, two suspected AQAP members have been killed in an apparent US drone strike in southern Shabwa province, according to a tribal source. 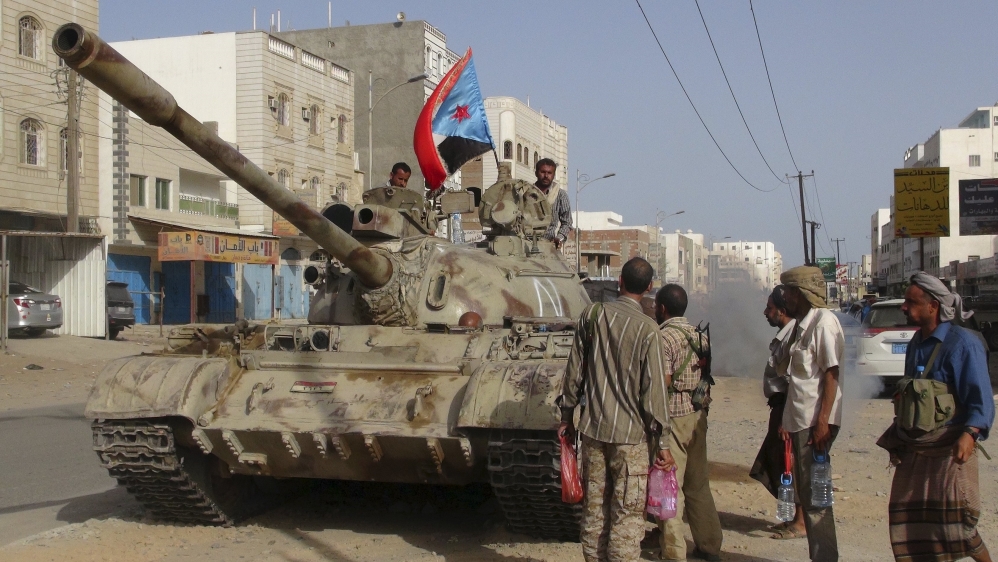 Despite the collapse of Hadi’s government in Yemen, the US has pledged to carry on its bombing campaign against AQAP [Reuters]

Despite the collapse of Hadi’s government, the US has pledged to carry on its campaign against AQAP fighters in Yemen.

Ban Ki-moon, UN secretary-general, earlier called for an immediate ceasefire, saying that the country was “in flames” and all sides must return to political negotiations.

His remarks followed the resignation of Jamal Benomar, the UN envoy, who said he wanted to move on to a new assignment.

However, diplomats confirmed that he had lost the support of Hadi and his Gulf Arab backers.

Benomar, a Moroccan diplomat, had been instrumental in negotiating a deal that eased President Ali Abdullah Saleh from office in February 2012 after a year of protests against his three-decade rule.

For its part, Iran has presented a four-point peace plan to Ban after its foreign minister spoke to the UN chief late on Thursday.

The plan calls for a ceasefire and immediate end to all foreign military attacks, the urgent delivery of humanitarian and medical aid, a resumption of political talks and the formation of a national unity government.

“It is imperative for the international community to get more effectively involved in ending the senseless aerial attacks and establishing a ceasefire,” Mohammad Javad Zarif, the Iranian foreign minister, wrote.

He said “the only way to restore peace and stability is to allow all Yemeni parties to establish, without any foreign interference, their own inclusive national unity government”.

Speaking to Al Jazeera from Tehran on Saturday, Mohammad Marandi, the head of North American studies at the University of Tehran, said the first crucial step in any peace plan is the end of Saudi-led bombing.

“As long as the Saudis are carrying out this shock-and-awe campaign against ordinary Yemenis, there’s really no hope for any sort of peace plan to work,” he said.

“So the Iranians are waiting for the Saudis to run out of steam and to recognise the enormous mistake that they have made.” 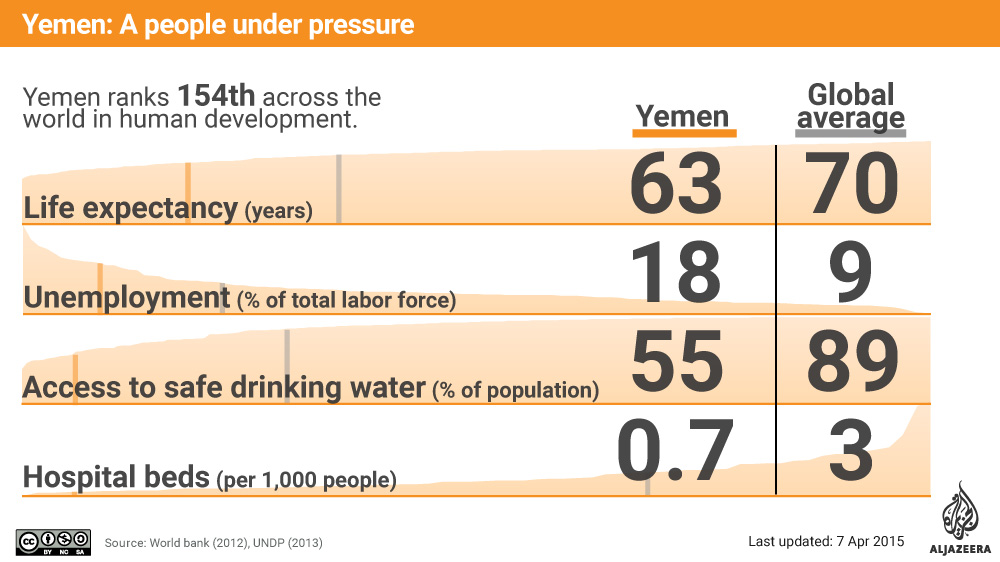