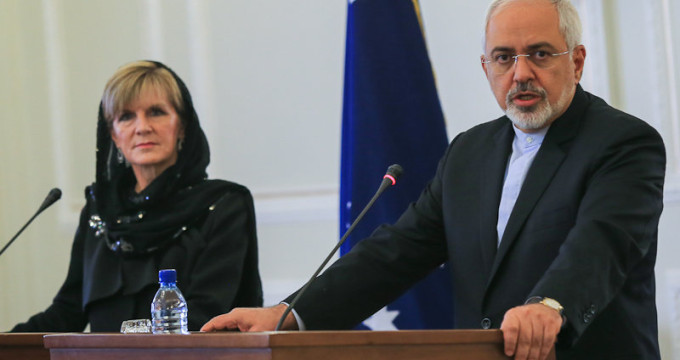 Foreign Minister Julie Bishop has met with Iran’s foreign minister for the first high-level talks between Australia and Tehran in more than a decade.

“The foreign minister and I discussed this violent terrorist organisation … and we agreed that we are witnessing a more dangerous, more complex, more global form of terrorism than we have seen before,” Ms Bishop said.

“We had a detailed discussion about our respective roles in Iraq and the support that we’re providing to the government to build capacity within the Iraqi security forces.”

Ms Bishop said she was pleased the visit has led to a further level of engagement through a consular dialogue, adding that she had invited Iranian officials to visit Australia as soon as possible.

She will attend a number of other discussions with other Iranian officials today.

Iran has reportedly been reluctant to agree to the repatriation of failed Iranian asylum seekers.

Earlier this week, Iranian ambassador Abdolhossein Vahaji indicated his country was unlikely to agree to a deal on the issue.

“We cannot put any pressure and impose any forces on them in order to send them back to Iran,” he said.

“This is against the law and regulation and we cannot [do it] according to human rights [laws].”

Ms Bishop was also expected to discuss the final push for a deal on reining in Iran’s nuclear program.

World powers agreed with Iran this month on the framework of a deal to rein in its nuclear program in exchange for the lifting of international sanctions.

Ms Bishop’s visit is be the first to Iran from a high-level Western official since the US and five other nations struck the preliminary deal.

Iran and Australia have a significant trading history and the lifting of sanctions on Iran could create new opportunities for Australian business.