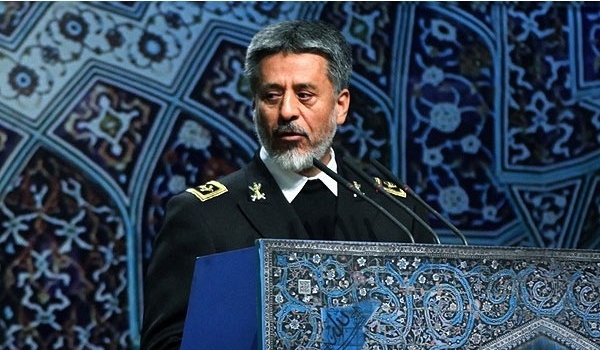 Iran not to let any country warn naval forces: Sayyari

Talking to reporters, Sayyari made the remarks on the sidelines of a ceremony marking Iran’s National Army Day.
army
‘Iran has an active presence in the Gulf of Aden and so far the navy forces have escorted over 2,500 vessels in this area,’ he added.

Sayyari also expressed hope that security could be established in Gulf of Adan as soon as possible.

The Iranian navy held a massive naval parade in the Makran coastline in the southeastern province of Sistan and Baluchestan on the occasion of the National Army Day on Saturday.