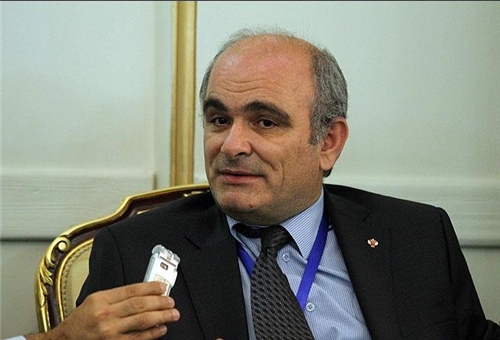 TEHRAN (FNA)- A high-ranking delegation from the Russian state nuclear company, Rosatom, will pay an official visit to Iran in the coming days, a senior diplomat announced.

“Deputy head of the Russian Rosatom company will head a high-ranking nuclear delegation to Iran next week to discuss expansion of mutual cooperation in nuclear fields,” Russian Ambassador to Tehran Levan Jagarian told the state-run television on Thursday.

The Russian envoy pointed to the recent visit of Secretary of Iran’s Supreme National Security Council Ali Shamkhani to Moscow, and said, “This visit displayed the high level of the two countries’ political relations.”

He pointed to the status quo of Tehran-Moscow relations, and said, “I am satisfied with the level of Russia-Iran relations and the exchanges between the two countries’ officials have risen.”

Rosatom’s construction arm, Atomstroyeksport, took over construction of Bushehr nuclear power plant after a German company pulled out of the project after the victory of the 1979 Islamic Revolution in Iran.

The Islamic Republic signed the Bushehr contract with Russia in 1995 and the nuclear power plant reached its full capacity by August 2012.

The Bushehr nuclear power plant is located about 18 kilometers South of the provincial capital.