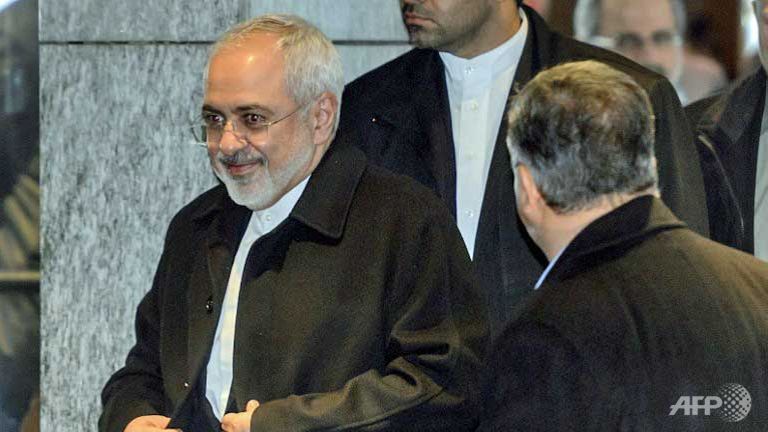 Talking to IRNA on Wednesday, he said he would certainly confront anybody who tries to attribute false quotations to the Supreme Leader of the country.

To another question, Zarif said it was very difficult to forecast the result of nuclear talks with the 5+1.

However, he added, it would be too difficult to develop a final agreement unless the other parties come to realize that pressures and agreement could not sit together.

Zarif said the West has to make its choice between imposing sanctions against Iran which they did in the past nine years or having interactions with Iran.

The drafting of an agreement is certainly a difficult task, especially when it is to be done by six countries in one side and one country at the other, the foreign minister added.

As for the upcoming visit of the Iranian President Hassan Rouhani to Indonesia to take part in the Non-Aligned Movement (NAM) summit, he noted that Iran holds the presidency of the organization.

He said he had repeatedly reminded the 5+1 countries who claim to be representing the international community that Iran too, is at the head of an organization which comprises of 120 world nations.