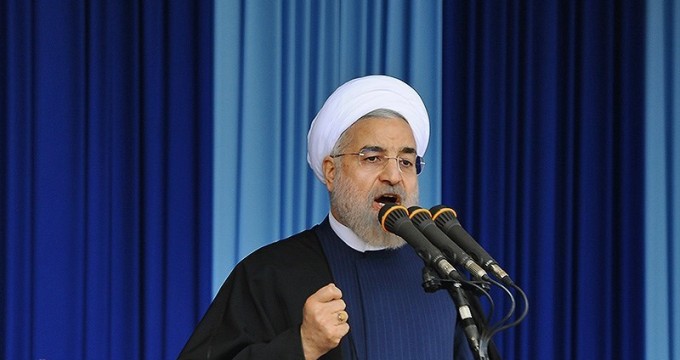 Iranian President Hassan Rouhani said on Wednesday Tehran will not accept a comprehensive nuclear deal with major powers if all sanctions imposed on Tehran are not lifted, state television reported.

IAEA delegation in Tehran for talks

Russian oil company LUKoil has reopened its office in Iran, part of a push into the Middle Eastern country amid expectations for the removal of sanctions if a deal to curb its nuclear program is reached.

Director General of the Political and International Affairs Department at Foreign Ministry Hamid Baeedinejad said in Tehran on Wednesday that the questions of International Atomic Energy Agency’s (IAEA) cannot last for ever and Iran’s policy is based on helping the Agency.

Russian and Iranian companies are discussing terms for a barter deal which will not include oil deliveries, Russian Energy Minister Alexander Novak said on Wednesday, trying to end confusion over the status of a long-heralded agreement.

Iranian President Hassan Rouhani has dismissed pressure from the U.S. Congress over a preliminary deal on Iran’s nuclear program, saying that Tehran is dealing with world powers – not American lawmakers.

Foreign Minister Mohammad Javad Zarif said drafting of a final agreement in nuclear negotiations is difficult but not impossible.

Foreign Ministry Spokeswoman Marziyeh Afkham urged the Saudi government to follow up the incident in Jeddah airport with high sensitivity and zeal.

The Spanish prime minister has highlighted the mutual understanding reached between Iran and the P5+1 group on Tehran’s nuclear program, saying it was essential that the two sides achieve a comprehensive final deal by the end of June.