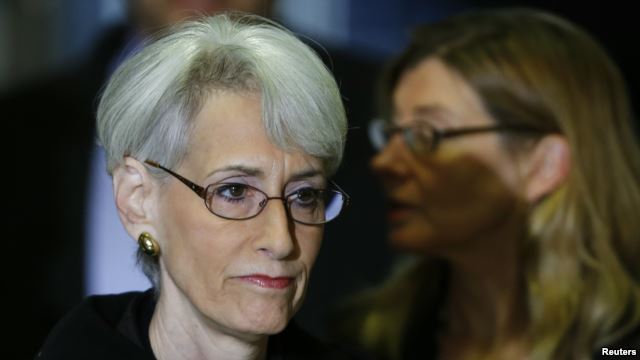 The United States has once again reiterated that the best option for Washington to deal with Iran is a diplomatic solution and a military strike would not stop the country’s nuclear program.

“There is no formula or option that will be more effective than the diplomatic track,” Undersecretary of State Wendy Sherman told Israeli media on Monday.

She added that any military action by Israel or the United States could only set back Iran one to three years at most.

The chief US nuclear negotiator was briefing Israeli diplomatic reporters as part of Washington’s effort to pass messages of calm to Israel and its lobby in the United States.

“We see that the sanctions are being lifted, immediately, according to Iran’s demand, and this is without Iran having changed its policy of aggression everywhere,” Netanyahu said.

Sherman also expressed hope that a comprehensive and detailed agreement with Iran is possible by the June 30 deadline.

A framework nuclear agreement was reached between Iran and the P5+1 group – the US, Britain, France, China, Russia and Germany – in Switzerland on April 2. The two sides will work to draw up a final accord by the end of June.

“We expect that possibly as early as next week, the experts would reconvene and start working. We don’t have anything nailed down yet, though,” Harf said on Monday.

US Secretary of State John Kerry is briefing Congress about the outlines of the framework agreement.

Before the closed-door briefing open to House lawmakers on Monday, Kerry said that he wanted to go into “some detail because there have been a lot of… misrepresentations.”

“We hope Congress will listen carefully and ask the questions that it wants, but also give us the space and time to be able to complete a very difficult task which has high stakes for our country,” Kerry added.