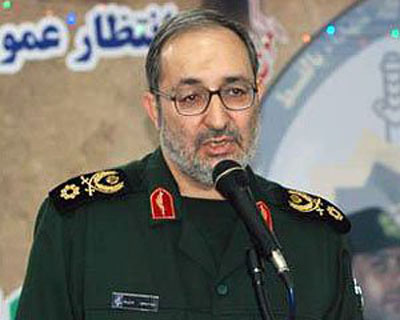 Tehran, April 14, IRNA – Deputy Chief of Staff of Armed Forces in charge of Basij and Defense Culture Brigadier-General Massoud Jazayeri said on Tuesday that Saudi government will be the main loser in the war it waged on the Yemeni people.

Speaking to reporters, he said It seems that the people in Yemen and its armed forces are preparing themselves to deal a severe blow to the aggressors.

It is quite evident that the Saudi government embarked on destroying the infrastructure of Yemen, but, it cannot stand up to the brave resistance of the Yemeni nation to repulse the Saudi aggression, he underlined.

He said that the Saudi government perpetrated crimes against humanity in Yemen by indiscriminate bombardment and killing several hundred innocent civilians.

There is no doubt that the international community will reprimand Saudi government for the aggression, he said adding that the international and global organizations are expected to discharge their duties and seriously deal with the Saudi aggression. Meanwhile, he expressed outrage at misconduct of the Iranian pilgrims by the Saudi police and said that the Saudi government has committed blatant violations and mistakes in dealing with the Islamic Republic of Iran.

The Saudi mistakes will backfire and harm the Saudi government, he said.

People in the region have got acquainted with the Islamic Republic of Iran more and more, a major challenge for the future of the Saudi government, Jazayeri said.