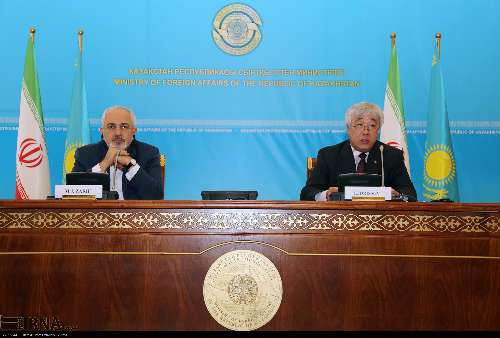 Iranian Foreign Minister Javad Zarif said during a visit to Kazakhstan his country was already a trustworthy gas partner for Asian economies and a westerly pivot may soon follow.

“Iran, on par with Russia, enjoys all the (needed) resources to provide gas to Europe,” he said from Astana.

Iran is anticipating major sanctions relief if a framework nuclear agreement with international powers enters into force during the summer. Sanctions limit Iran’s energy export potential and the lifting of sanctions could help Tehran capitalize on its European market ambitions.

The European community, meanwhile, is looking for ways to diversify an energy sector that depends in large part on Russian natural gas. Europe gets about 20 percent of its gas needs met by Russia, though most of that runs through Soviet-era pipelines in war-torn Ukraine.

Iran in the past said its gas would be a necessary component of the now-shelved Nabucco gas pipeline slated for European markets. That pipeline would’ve carried natural gas from Azerbaijan. A rival BP-led project from offshore Azerbaijan, part of a network dubbed the Southern Corridor, is now on tap.