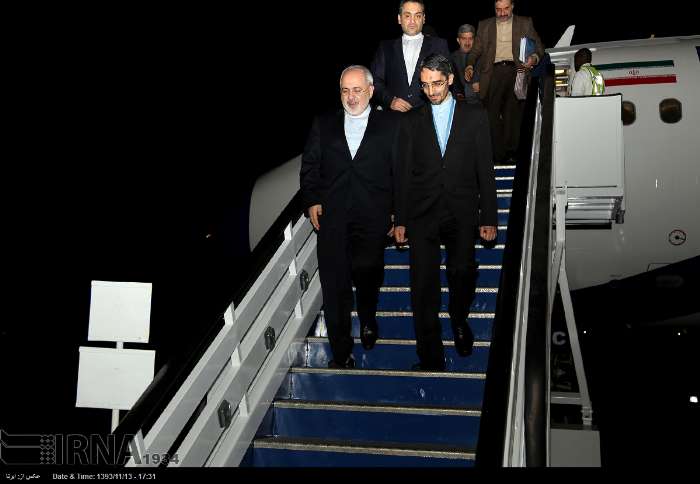 Zarif to consult on regional developments in Kazakhstan

Astana, April 11, IRNA – Iranian foreign minister said upon arrival in Kazakhstan’s capital city Astana that consultation on regional developments is on agenda of his visit to the neighboring country.

‘Iran and Kazakhstan enjoy very broad relations and President Hassan Rouhani in a visit of Astana signed very important agreement with his Kazakh counterpart last year that are of great significance for both countries,’ he said.

He said that his visit is actually in line with the presidential visit during which the Kazakhstan-Turkmenistan-Iran railway opened at Inche Borun border.

Zarif said that continuous interactions among the high ranking officials of the two countries is a dire need due to the great significance Iran attaches to relations with Kazakhstan.

The Iranian foreign minister is accompanied by an economic delegation comprised of officials and merchants.

He said that Iran is keen on broadening the parliamentary relations with Kazakhstan as well.