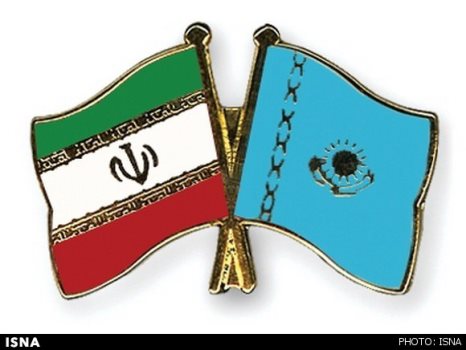 Zarif made the remarks in a meeting with his Kazakh counterparts Erlan Idrissov.

He stressed the need to promote Tehran-Astana cooperation in fight with terrorism and drug trafficking.

He further said the two countries are serious to strengthen trade relations, stressing obstacles to this end should be removed with the help of the two neighbors.

For his part, the Kazakh foreign minister hoped the two nations will witness new chapter in their relations.

Idrissov also called on the officials in both countries to optimize ties in all areas.

About Iran-Turkmenistan-Kazakhstan railroad, he said it is very important to Kazakhstan.

He said the way should be paved for businesspersons of the two countries to exchange trade ties.

After the visit, the two foreign ministers attended a joint press conference.

The Iranian foreign minister is due to meet with the Kazakh president later in the day.

He is also planned to fly to Spain after ending his two-day stay in Astana.