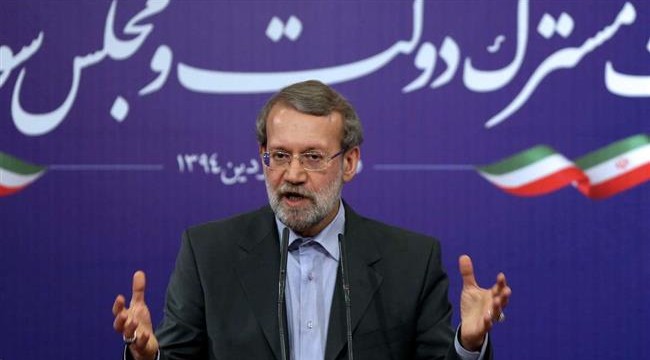 Iranian Parliament Speaker Ali Larijani has praised the nuclear negotiators’ hard work during the talks between Iran the P5+1 group.

“One of the nuclear talks’ achievements is resolving a fabricated negative atmosphere against Iran,” said Larijani during a joint meeting of the government and parliament on Sunday.

He further warned of the stumbling blocks in the talks, which he said are created by a number of states trying to hamper the finalization of an agreement.

“Iran is independent in all regional and international issues and despite disagreements from some governments, nations have constantly supported us thanks to the essence of the Revolution,” Larijani said.

Iran and P5+1 group of countries – Russia, China, France, Britain, the US, and Germany – reached a mutual understanding on Tehran’s nuclear program on April 2 in Switzerland. The two sides are expected to start drafting a final inclusive deal which they seek to sign by the end of June.