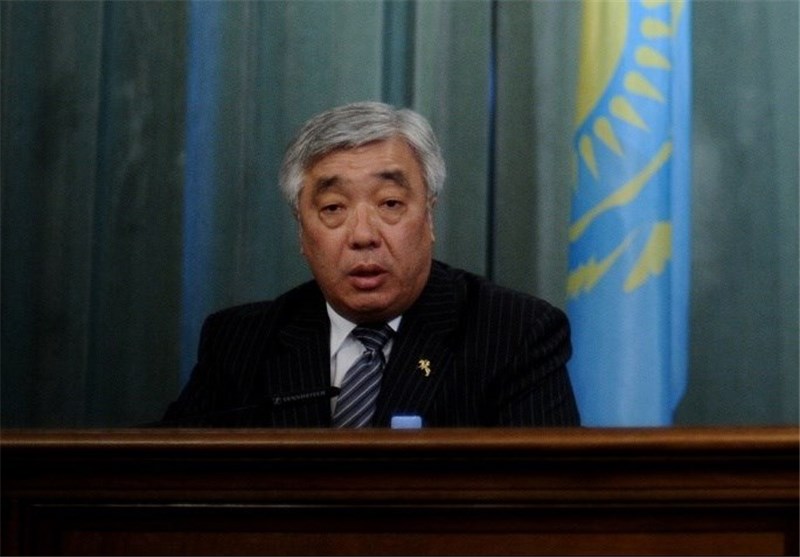 During the joint press conference, Idrisov said Iran as a Shanghai Cooperation Organization (SCO) observer member has active presence in the organization.

He added that SCO will discuss full membership of Iran in its ministerial meeting in Russia.

The official voiced hope for resolution of Iran’s nuclear issue and called his talks with Iranian counterpart as positive.

The world is waiting for signing of comprehensive nuclear agreement between Iran and G5+1, Kazakh FM said.

He noted that a joint commission has been established in order to explore capacities existing for expansion of ties between the two countries.

The Kazakh FM urged promotion of trade exchange between the two states to the level of one billion dollars.

He stressed broadening of ties among Caspian Sea littoral states in all fields particularly in the area of economy.

Iran’s foreign minister paid a visit to Astana at the invitation of his Kazakh counterpart Yerlan Idrisov on Sunday.

The visit takes place within the framework of close consultations between the two countries and with the purpose of following up agreements reached during Iranian President Hassan Rouhani’s trip to Astana last September.

In September 2014, President Rouhani, leading an economic and political delegation, made a five-day tour of the Central Asian states of Kazakhstan and Tajikistan.

During the tour, Iran signed agreements with the two states on expansion of ties in various fields.