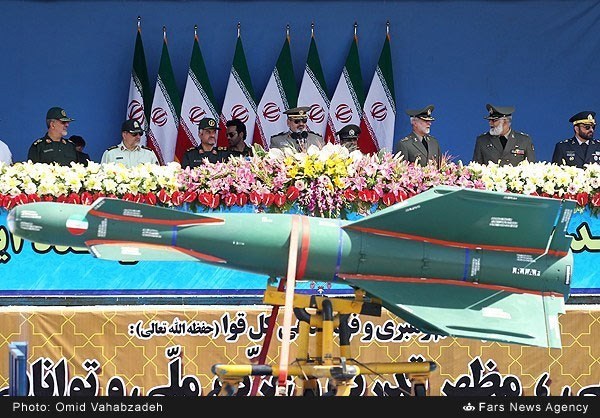 Mission impossible: Iran is too powerful to contain

While a comprehensive deal would resolve the nuclear issue, it would not mean the end of Iranian influence in the Middle East.

Fear of a comprehensive nuclear agreement with Iran has brought together some unlikely partners. In private, the Saudi government allegedly expressed its willingness to work with Israel to prevent a nuclear Iran, while at the same time officially welcoming the news of an agreement between Tehran and the world powers.

It’s no secret that some of Iran’s Gulf neighbors and Israel are not favorable (to put it mildly) to an agreement on Iran’s nuclear program. They fear that a deal will pave the way for the United States and Iran to become best friends, giving Tehran more clout in the region and making Washington less likely to bend over backwards for its Gulf allies and Israel.

Indeed, Ayatollah Khamenei’s latest speech can be viewed as a testimony to the possibility of further U.S.-Iranian engagement after a comprehensive deal is reached. He noted that while the talks remain only focused on the nuclear issue, they can be a test of whether more engagement is conceivable after this process.

But with or without a deal, Iran is a force to be reckoned with in the Middle East. A comprehensive deal will actually stop the nuclear program from expanding and pave the way for Tehran’s constructive engagement with regional and international stakeholders.

The Arab Gulf states fear that they will be sold out in a nuclear agreement with Iran; that a deal would give Tehran greater room for maneuver and influence in the region. For Saudi Arabia in particular, this is compounded by recent domestic developments and changes in the Middle East, which haven’t exactly been favorable to them. After all, Iran has been dominant in Lebanon for a while now, has maintained Assad in place in Syria, and has a reason to be openly present in Iraq, because of the threat of ISIS. In fact, while the rest of the region has been dragging its feet, Tehran has been actively fighting ISIS and using it as a PR platform. More recent events in Yemen have further complicated the issue.

The nightmare of being abandoned by the United States, the Gulf States’ security guarantor and ally, is not new. In fact, some argue it is structural to the alliance. But it is most definitely overblown.