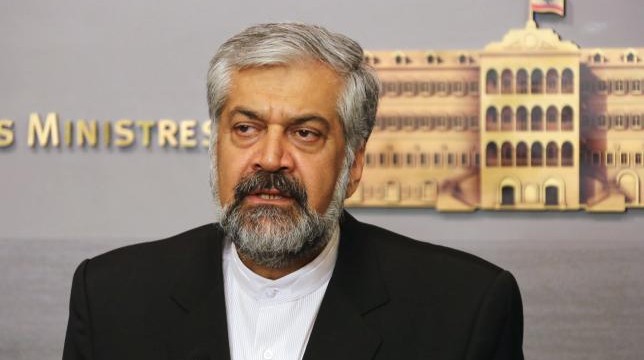 TEHRAN (FNA)- Iranian Deputy Foreign Minister Morteza Sarmadi called for accelerated international efforts to send humanitarian aids to the Yemeni people who have been under the Saudi-led military strikes for the past 15 days.

Sarmadi made the remarks in a meeting with Lebanese Foreign Minister Jubran Basil in Beirut on Wednesday.

During the meeting, he emphasized on Iran’s basic stands on the Saudi military invasion against Yemen, reiterating that the internal dispute in that country needed to be resolved through Yemeni-Yemeni dialogues.

Saramdi asked all world countries and the international society to adopt constructive stands aimed at ending the military invasion against Yemen and to accelerate the humanitarian contributions to the Yemeni people.

He said that some regional countries’ cooperation with the Saudis in their military invasion, or voicing support for that illegitimate move were blatant strategic mistakes.

The Iranian deputy minister said that such supports embolden the aggressor country to aggravate is warmongering approach and to intensify aggressions.

Basil, for his part, said that if the entire Yemeni and foreign parties involved in the crisis will abide by the democratic rules resolving that crisis through peaceful ways will be possible.

Sarmadi had in his regional tour as President Rouhani’s special envoy visited Iraq, Algeria and Oman before arriving in Lebanon.

Last week, Iranian Deputy Foreign Minister Hossein Amir Abdollahian announced that Tehran had prepared a plan to put an end to the ongoing bloodshed in Yemen.

“Tehran has a plan to halt the conflicts (in Yemen),” Amir Abdollahian told reporters on the sidelines of his visit to Kuwait.

The Iranian deputy foreign minister, however, did not elaborate on Tehran’s peace proposal for Yemen.

The Iranian deputy foreign minister, meantime, called on all Yemeni sides to halt clashes and return to the negotiating table, and said “Yemeni sides should immediately resume political dialogue immediately after halting the clashes”.

He pointed to Iran’s concern over the Saudi aggression against Yemen, and said, “Iran is making all-out efforts to supply the necessary needs to help put an end to the clashes and restore calm in Yemen.”

“The allegations about sending weapons by the Islamic Republic of Iran to Yemen are completely fabricated and sheer lies,” Afkham said.

She reiterated that such claims cannot justify the military invasion of Yemen, and said, “The agreement signed by the Civil Aviation Organization of Iran and its Yemeni counterpart are within the framework of agreements related to civil aviation and trade activities; Iran has sent several cargos containing medical and pharmaceutical aids to Yemen.”

Afkham, meantime, called on the international bodies, specially the International Committee of the Red Cross (ICRC), to supply aids to the Yemeni people in view of the heavy losses and casualties inflicted on the country.

He said the four consignments sent before included a total 50 tons of relief, medical, treatment, and consumer items.

Charkhsaz added that more humanitarian aids will be sent to Yemen if that country demands for more help.