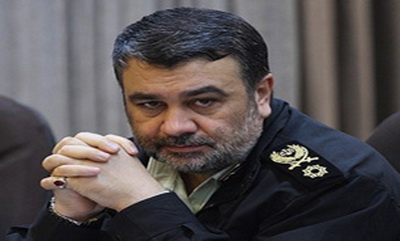 Tehran, April 9, IRNA – Police Chief Brigadier General Hossein Ashtari said Thursday that the Foreign Ministry is following up the case of a recent terrorist attak in southeastern province of Sistan and Baluchestan which claimed lives of eight Iranian border guards.
The terrorist operation took place on Monday near Iran’s borders with Pakistan.

Terrorists later fled to the other side of the Iran-Pakistan border after committing their horrendous crime.

Ashtari told reporters that Foreign Ministry officials are pursuing the case through their Pakistani coutnerparts.

He expressed hope that the efforts would lead to proper conclusions.