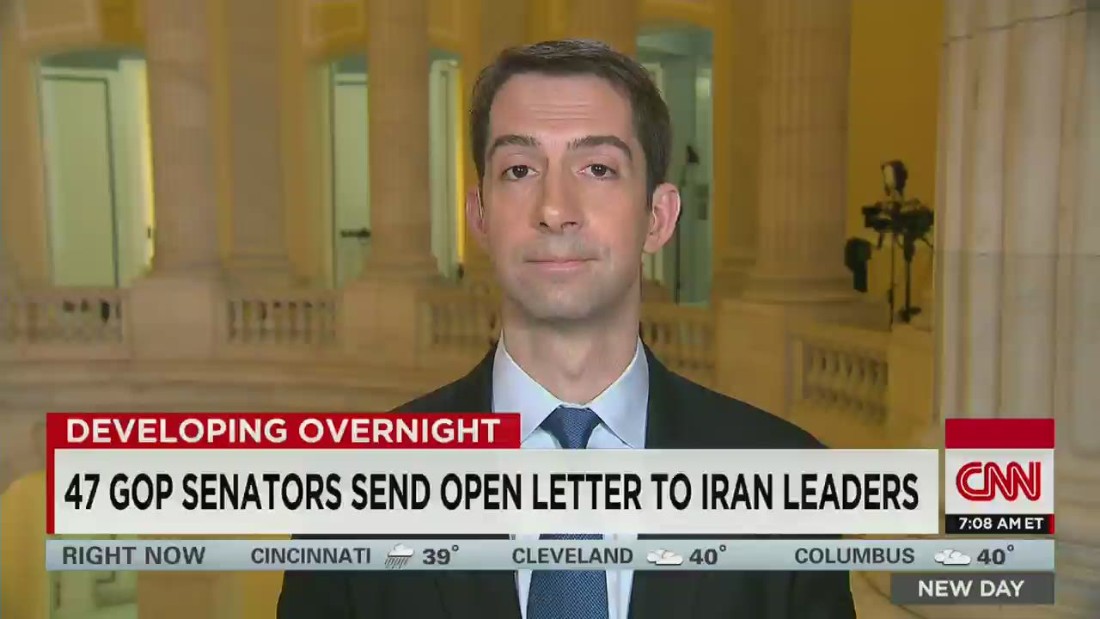 A freshman Republican senator from Arkansas has called on US President Barack Obama not to take the military option off the table while the P5+1 group of countries are negotiating with Iran over its nuclear energy program.

Iran and the P5+1 group – the US, Britain, France, China, Russia and Germany – reached a framework understanding in the Swiss city of Lausanne on April 2. If a final deal is reached by a July 1 deadline, it would lift all international sanctions imposed against the Islamic Republic in exchange for certain steps Tehran will take with regard to its nuclear program.

Senator Tom Cotton, known for his close links to a neoconservative group, said on Tuesday that a military action against Iran would go much smoother than the US invasion of Iraq in 2003.

“Even if military action were required — and we certainly should have kept the credible threat of military force on the table throughout, which always improves diplomacy — the president is trying to make you think it would be 150,000 heavy mechanized troops on the ground in the Middle East again as we saw in Iraq, and that’s simply not the case,” Cotton said.

The military campaign against Iran “would be something more along the lines of what President Clinton did in December 1998 during Operation Desert Fox. Several days’ air and naval bombing against Iraq’s weapons of mass destruction facilities for exactly the same kind of behavior,” he said.

The United States and Britain launched a four-day bombing campaign on Iraqi targets from December 16, 1998, to December 19, 1998.

The two countries said they had bombed Iraq because Baghdad failed to comply with UN Security Council resolutions and its interference with UN inspectors.

Baghdad repeatedly accused inspectors of United Nations Special Commission (UNSCOM) of spying for the US and Israel.

The United Nations later acknowledged that inspectors had been passing information on to US intelligence agencies.

The hawkish GOP lawmaker said that “all we’re asking is that the president simply be as tough as in the protection of America’s national security interest as Bill Clinton was.”

Cotton reportedly received one million dollars from the Emergency Committee for Israel, a neoconservative group associated with Israel lobby, just before the last US election. The group was founded in mid-2010 by William [Bill] Kristol, a US neoconservative political analyst.

In a bizarre move last month, a group of 47 Republican senators sent an open letter to Iran’s leaders, warning that whatever agreement reached with the Obama administration would be a “mere executive agreement” and that Congress could ultimately walk away from any deal with Tehran upon review.

The White House has denounced the GOP letter as an “unprecedented” and “calculated” attempt to interfere with the Iran nuclear talks.

Senator Cotton claimed that he had drafted the letter. However, independent analysts say the letter was actually written by Bill Kristol, his financier.