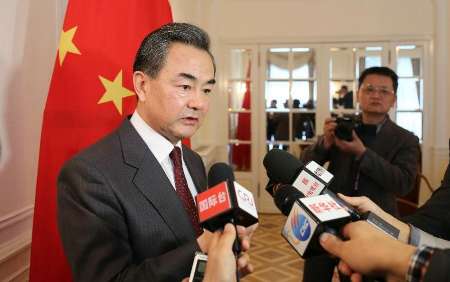 Speaking to reporters before leaving Moscow for Beijing, he urged all sides of talks to do their best to protect Lausanne negotiations’ achievements.

Wang Yi praised Iran and G5+1 diplomatic efforts, adding that Lausanne negotiations was a big step towards reaching the comprehensive final deal which can help boost of security and stability in the region.

Resolution of Iran’s nuclear issue can become a successful model of resolution of international disputes through diplomatic tools, he underlined.

Iran and Group 5+1 (the five permanent UN Security Council members plus Germany) resumed their new round of talks in Lausanne, Switzerland, in late March to narrow their differences over Tehran’s nuclear energy program ahead of a July 1 deadline.