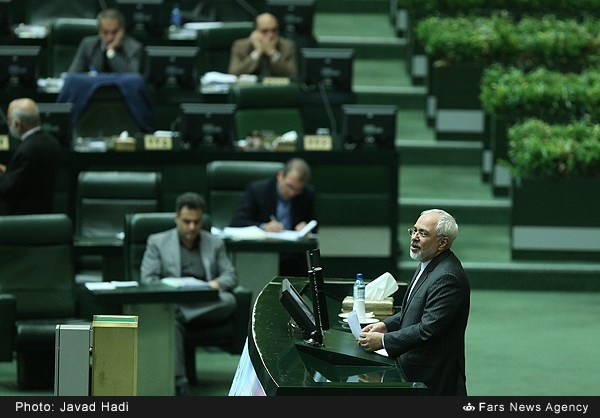 Javad Karimi Ghodoosi, a member of parliament’s National Security and Foreign Policy Committee, said Tuesday, “The director of the Atomic Energy Organization and the foreign minister have offered promising explanations about part of Iran’s nuclear research and development over which a [tentative] agreement has been struck with P5+1 in Lausanne.

Speaking after the appearance of Salehi and Zarif in parliament for a closed-door session of the chamber on the Lausanne statement, the principlist MP [who is bitterly opposed to the joint statement] said, “They [Zarif and Salehi] also said that when the [final] deal takes effect, injection of gas into IR8 centrifuges will get underway.”

This news was translated by IFP from Fars News Agency.