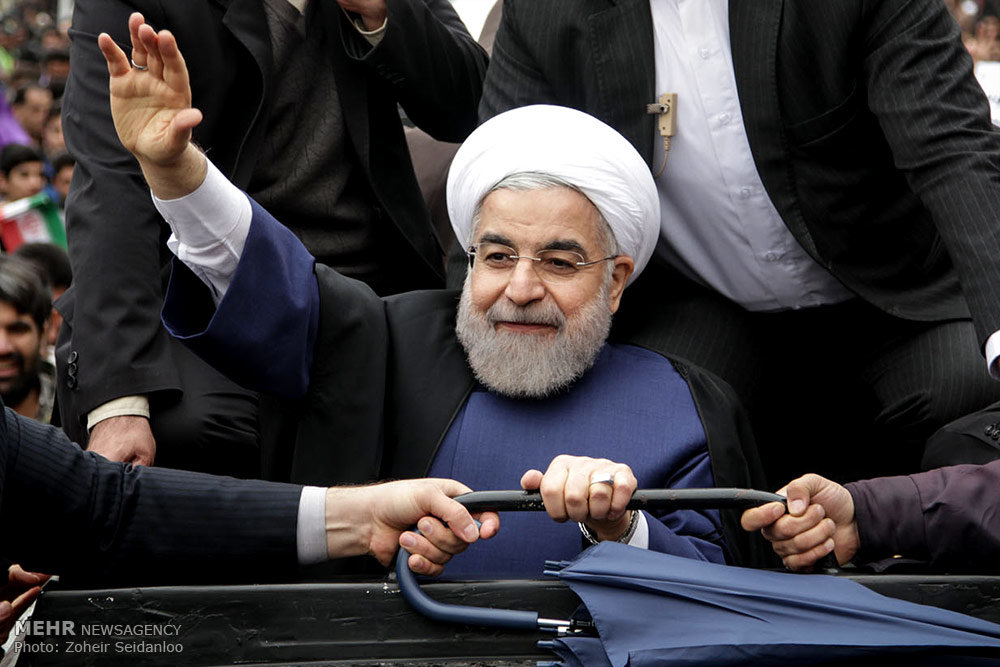 The rise of Rouhani’s Iran

On June 29, 2014, I wrote in this column, “‘Rouhanism’ is likely to be the second most important ideology to shape Iran, after Khomeinism.”

The deal between Iran and the big global powers is, I guess, the most recent victory of Hassan Rouhani’s Iran. Rouhani is successfully restoring Iran’s regional status and global prestige. He is also successful, at least so far, at persuading the Iranian mullahs not to intervene against him.

Iranian President Rouhani tweeted on the deal as follows: “A day that will remain in the historical memory of the Iranian nation.” This short Twitter message displays how Iran understands the deal with the global powers. The Iranians are correct. Indeed, the deal is historic. Iran is likely to return to the global system of states in a more legitimate way. This return is likely to change many things, the foremost of them being the regional balance of the Middle East.

In fact, before Rouhani, Iran tried for such a bold return during the rule of President Mohammad Khatami, but Khatami failed, for many reasons. The lack of harmony between him and the mullahs was a major reason. Unlike Khatami, Rouhani holds all the keys, including the support of the mullahs. But how?

First, Rouhani is a highly legitimate man in Iran. He has served in all of the security institutions. Also, his religious education at home has put him in a strong and legitimate network in the Iranian system. Thus, Rouhani has all the legitimacy cards to represent the whole of Iran. Secondly, Iran needs Rouhani. After the exhausting Mahmoud Ahmadinejad period, Iran became an isolated and sanctioned country. Ahmadinejad was a disaster for Iran. The Iranian system was quick to remedy this by proposing the more balanced Rouhani. Rouhani’s mission, from the very beginning, has been to restore Iran’s network in the global system by establishing more legitimate channels. Iran desperately needs new economic opportunities, and even many of the mullahs have realized that the current status quo jeopardizes the revolution.

The economy is not only a Western reality, it is important to Iranians, too. In the upcoming years, many Iranians may well begin to question the economic success of the 1979 Revolution. Rouhani, as the leader of the new Iranian strategy of forging more legitimate relations in the global system, is well placed in that hypothetical context. It is obvious that there is a consensus among the Iranian political and religious elites that an isolationist (or purely revolutionary) strategy is not useful to their country.

Naturally, the impact of the deal with the big powers on Iranian foreign policy will be great. Let’s take the regional setting into consideration: Turkey is shrinking. The whole region is shrinking. There is a large field available for maneuvering, from Yemen to Lebanon, for Iran to influence the region. A globally more legitimate Iran may also emerge as a solution-partner for the global community. If Turkey keeps on its authoritarian track, Tehran and Riyadh are likely to dominate the regional trends.

The popular expectation in Iran is better economic outcomes. Iran has been subjected to a complex international sanctioning system. The deal with the global powers entails the lifting of the sanctions related to the nuclear issue. This may indeed bolster the Iranian economy. A proud nation, Iranians are naturally happy to see their country becoming globally popular. However, the more pragmatic expectation regards the economy. Iranians expect the deal to open new economic corridors in the global system.

In one of his recent tweets, Iran’s Supreme Leader Ali Khamenei argued, “They [the West] falsely claim to support the people of Iran while via the economy they seek to deprive the Iranian nation of security, which is unique in West Asia.” But is it true that Iran is “a nation of security”? Iran has been a highly securitized environment since 1979. However, even such a tense record may not push back economic realities. Paradoxically, the nuclear deal may open a new way for Iran where it might find it difficult to keep this “nation of security” notion afloat.

However, Iran’s transformation should be read as the result of a complex consensus in the Iranian political system, the mullahs included. This is obviously a new grand strategy for Iran.