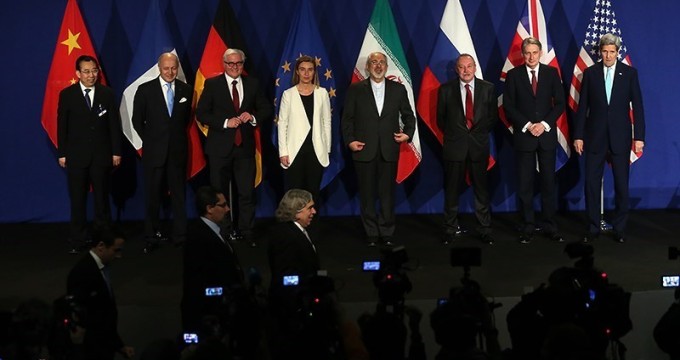 The preliminary nuclear agreement with Iran, which has been long in the making, may succeed or fail. But only a cataclysmic war will prevent Iran from fulfilling its long-postponed destiny as a major economic, political and scientific nation.

Speaking at the United Nations in 1951, Iran’s first elected Prime Minister Mohammad Mossadegh asked why Iran had lagged behind in a neighborhood where “hundreds of million of Asian people, after centuries of colonial exploitation, have now gained their independence and freedom.” Why did Westerners, who had acknowledged even Indonesian claims to sovereignty, Mossadegh asked, continue to ignore Iran?

Within a few months of his UN speech, Mossadegh, who was fighting to renegotiate Iran’s grossly unfair deal with a British-owned oil company, was overthrown in a joint Anglo-American coup.

The 20th century was defined by decolonization, the overthrow of European empires, and the steady empowerment of non-Western peoples. But Soviet and American neo-imperialist interventions curtailed the sovereignty of many weak nation-states in Asia and Africa, condemning them to prolonged internal conflicts and external wars.

For decades Iran has been trapped in a cycle that became depressingly familiar during the Cold War: brutal rule by an unpopular, foreign-backed strongman, who is then overthrown in a popular uprising by an ideological movement that turns out to be more repressive for many of the country’s citizens.

Their encounter with the West had turned traumatic for ordinary Iranians long before Shah Mohammed Reza Pahlavi unleashed his CIA-trained torturers and spies on them. One previous Shah presided over a business deal with Baron Reuter (founder of Reuters news agency) that even the arch-imperialist Lord Curzon described as “the most complete surrender of the entire resources of a kingdom into foreign hands that has ever been dreamed of much less accomplished in history.”

The country was invaded and occupied by European powers during both world wars. It should not surprise anyone that leaders of Iran’s Islamic Revolution have been fiercely obsessed with securing the country’s sovereignty and security, whether in the terrible war with Saddam Hussein, who was backed by the West as well as many Arab countries, or in creating buffer zones through proxy Shiite movements and regimes across the region.

“We are not liberals like Allende and Mossadegh, whom the CIA can snuff out,” Ayatollah Ali Khamenei, now Iran’s Supreme Leader, warned during the Iranian hostage crisis in 1979. Iran’s intransigence, at the risk of extreme isolation, stands as stark warning of how paranoia, pent-up hatred and resentment work themselves out in geopolitical terms.

Understandably, the immoral hostage-taking by Iranian revolutionaries scarred U.S. sensibilities already wounded by defeat in Vietnam and economic crisis. It has been America’s strange and perplexing fate to assume the responsibilities of European empires during the age of decolonization.

Still, many in the country’s political and journalistic elites have been locked far too long in absurd fantasies of regime change, and have shown an obtuseness before the longstanding Iranian demand for an end to humiliation. In fact, a casual let’s-bomb-Iran bellicosity has prevailed among too many Democratic as well as Republican politicians.

Benefiting from U.S. bungling in its neighborhood, Iran, meanwhile, has steadily advanced its regional ambitions. National pride and unanimity over the nuclear program has existed since the rule of the Shah. Iran, as I argued here before, will not give up its nuclear program no matter what regime is in power in Tehran. Indeed, the Green Movement leader, Mir Hossein Mousavi, accused the demagogic Mahmoud Ahmadinejad no less of “betraying” Iranian nuclear interests to the West.

Traveling through Iran last year, while the region imploded, I found that the most bitter and apparently Westernized critics of the regime, and even Islam, are proud Persians, unlikely to be cowed by Israel, Arab despotisms and their Western allies.

To be sure, there are clear pragmatic reasons why the nuclear deal should be supported. Its primary beneficiary will be an overwhelmingly youthful and well-educated population whose emergence from isolation will help release a nation of great potential from its Cold War prison of fear and bitterness. Its motley enemies consist of people who need to be jolted awake from their time warp: Sunni theocrats and settler-colonialists in the Middle East, Strangelovian fantasists in the Beltway, and ageing revolutionaries in Tehran, who have subsisted, like their doddery Cuban counterparts, on embargos and sanctions.

But the most compelling reason is still provided by the logic of modern history: the ever-growing demand for dignity and equality, which can turn vengeful if suppressed or ignored.

President Barack Obama seems to recognize its malign potential when he says that the U.S. cannot order Iran to dismantle its nuclear program: “That’s not how the world works. And that’s not what history shows us.”

The long negotiations with Iran may have seemed a tortuous way of reaching this stunningly obvious conclusion. Bizarrely, it now has to be explained to some Rip Van Winkles. But to deny the obvious this time is to risk a calamitous war in the Middle East.