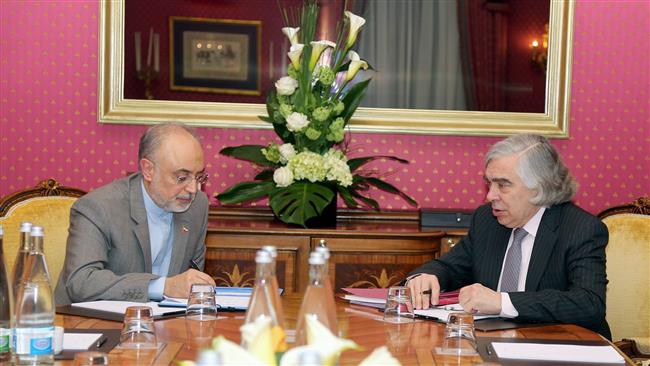 Energy Secretary Ernest Moniz said that the framework for a nuclear deal with Iran addresses every way the country could possibly get a nuclear weapon and gives the international community “unprecedented access and transparency” to Iran’s nuclear infrastructure.

There is a fair amount of concern about the deal – which would scale back Iran’s nuclear facilities in exchange for long-term sanctions relief from the international community – among both members of Congress and some U.S. allies, including Israel. Israeli Prime Minister Benjamin Netanyahu, for example, has argued that the deal does not do enough to slow Iran’s ability to create a nuclear weapon.

“We certainly have a very, very different view of the facts,” Moniz said on CBS’ “Face the Nation,” in response to Netanyahu’s latest criticism on CNN’s “State of the Union.”

Did the U.S. get a “good deal” with Iran?
One way to ensure that Iran complies with the deal is through the access granted to the International Atomic Energy Agency. Moniz said the U.S. will have “eyes on” the entire supply chain of uranium and continuous surveillance of Iran’s centrifuge facilities and production. They will also mandate that all spent fuel from their newly nuclear reactor, which will produce much less plutonium than the old version, will be shipped out of the country.

In response to concerns that Iran could still be enriching uranium or taking other steps to pursue a bomb in a covert way, Moniz said that in response to any concerns about covert sites, “Iran will have a very short time to grant that access or be judged out of compliance.”

He also addressed a New York Times report that compared the U.S. and Iranian fact sheets that provide more details about the deal. The Times found considerable overlap between the two version, but also noteworthy differences, especially regarding how quickly the U.S. and other countries will move to lift their sanctions on Iran.

Lindsey Graham: Next president should negotiate Iran deal
“In most dimensions the Iranian fact sheet is actually consistent, but clearly emphasizes different parts of the agreement and tends to omit some parts of the agreement,” Moniz said. As an example, he said that the Iranian fact sheet notes that Iran will have just over 5,000 centrifuges, but does not include the fact that the figure represents a decrease from the 19,000 centrifuges it has now.

“On sanctions, I’ll make it very, very clear: The sanction relief really kicks in only when they have complied with the core nuclear restrictions. And that’s what gets us to this two-month to one-year breakout time. So that’s when the sanctions relief will really kick in,” he said.

Moniz argued that the current deal is the best way to block Iran from getting a nuclear bomb and doesn’t detract from America’s abilities to reduce its influence across the Middle East or end its support for terror groups.

“There’s no question that we will have many, many more issues with Iran,” he said. “This agreement in no way lessens the importance of our working against them, supporting our allies and friends in the region very, very strongly.”