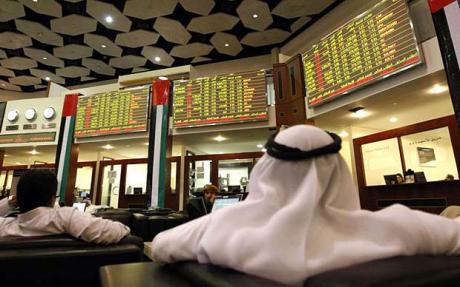 Dubai stocks headed for their best close in more than three weeks and led markets in the Gulf Cooperation Council higher after Iran reached a framework deal with world powers.

Iran and six countries, including the U.S., agreed on a framework accord on April 2 over Iran’s nuclear program, with details to be worked out in a final deal in three months. Iran was the United Arab Emirates’ fourth-biggest trading partner in 2013 accounting for almost $32 billion, according to data compiled by Bloomberg.

“The fog on the Iranian issue has cleared now with the framework agreement,” Muhammad Shabbir, the head of equities at Rasmala Investment Bank Ltd., said by phone from Dubai. “There has also been some movement in Yemen, Aden has fallen back to forces loyal to the President.”

In Yemen, Houthi fighters withdrew from the presidential palace in the port city of Aden as the Saudi Arabia-led coalition targeted rebel positions. Saudi Arabia and regional allies started bombing Yemen last month to halt military gains by the Shiite rebels. More than 500 people have been killed in the past two weeks, according to the United Nations.