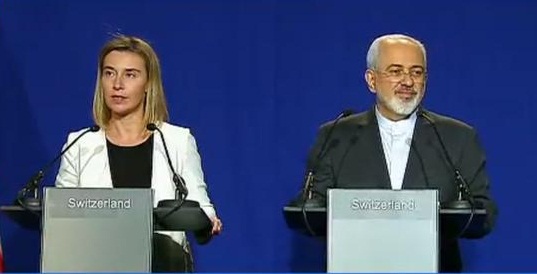 Russia hails Iran nuclear deal, But is a mixed blessing for Moscow

Deal could undermine Russia’s position as key mediator between Iran and the U.S.

MOSCOW—Russia officially welcomed the tentative deal to limit Iran’s nuclear capabilities on Friday, but the prospect that sanctions could soon be lifted is likely to be a mixed blessing.

Diplomatically, Russia has been a key player in negotiations with Iran for years, nurturing ties with Tehran as the West took a tougher line. A final deal could diminish its role as a mediator.

Economically, an end to sanctions—which Moscow has long criticized—could open a major market for Russian arms and other exports. “If the arms embargo against Iran is lifted, Russia will be ready to deliver the newest antiaircraft missile systems,” a military official told the Interfax news agency.

But there would be strong competition from Western companies. And the return of Iranian oil and natural gas to world markets would bring new supplies online just as low world prices are already hurting Russia’s economy.

The ruble gave up its gains from earlier in the week after news of the deal as oil prices fell.

“If the (final) agreement is signed in June, Russia will be the loser,” said Alexey Malashenko, an analyst at the Moscow Carnegie Center. “Now, Iran will be more inclined toward the West. For Russia, that’s a problem.”

Russian officials hailed the agreement as a rare example of East-West cooperation amid current tensions over Ukraine.

Diplomats have a lot of work ahead to ensure that a final deal is reached by the next deadline of June 30, he said, but “the chances of that are very good.”

Konstantin Kosachev, chairman of the foreign affairs committee for Russia’s upper house of parliament, wrote online that the deal was a “win-win” agreement that “proves international mechanisms are working.”

“This is very positive news that gives us hope not just on the Iranian issue, but on many others, including in the Middle East and in Europe (Ukraine),” he wrote.

Fainter praise from other politicians, however, underscored the diplomatic difficulties ahead for Russia, which may find its hand weakened as Iran and the West grow closer.

Alexei Pushkov, chairman for the foreign affairs committee of Russia’s lower house, suggested the achievement was overshadowed by the “significant dangers” posed by U.S. Republican lawmakers who have promised to reject the deal.

Iran is one of Russia’s few remaining allies in the Middle East, along with the Shiite minority regime of Syrian President Bashar al-Assad. It has few friends among the predominantly Sunni nations in the region.

Under heavy pressure from the West, Russia was forced to scrap an $800 million contract to deliver the S-300 missile system to Iran in 2007. The military official told Interfax that a new contract could possibly include the S-300 system, as well as a range of other equipment.

Some predict that while Moscow would have an advantage in arms and atomic energy, Russia’s flagging economy will make it a weaker competitor in other sectors.

“Russia is in a pretty difficult economic situation because of Western sanctions, and so it won’t have the ability to invest the same amount in Iran,” Radzhab Safarov, director of the Center for the Study of Contemporary Iran, told Interfax. “Iran, like any rational government, won’t put all of its eggs in one basket.”

After a month of recovery, the ruble dipped 0.6% on Friday, following a 3.7% drop in the price of Brent crude. Russian Deputy Prime Minister Arkady Dvorkovich told news agencies that the government predicted average annual oil price would be around $50 a barrel even if Iran were to enter the market.