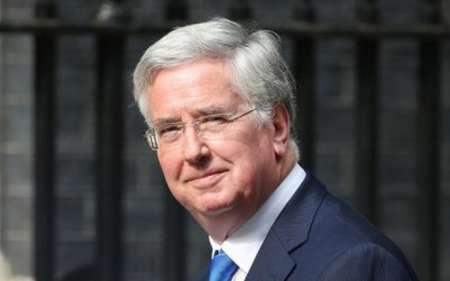 London, April 3, IRNA – The UK Defense Secretary Michael Fallon hoped the joint nuclear statement would pave the way for reopening of the British embassy in Iran.

According to IRNA, he said in a radio conversation that the statement will lead to restoring normal relations between London and Tehran.

He welcomed the nuclear statement between Iran and the 5+1.

He referred to Iran as a very important player in the region and said the UK wanted to have normal relations with Tehran.

The British minister said that London sought reopening of its embassy in Iran, stressing that the UK had no grudges against the Iranian nation.

Fallon said the statement will promote self-confidence and trust of all parties involved in the talks.

He said it will also prevent a nuclear arms competition which could have affected the world in its absence.

Iran’s Foreign Minister Mohammad Javad Zarif on Thursday hailed the primary agreement reached between Tehran and the Group 5+1 as a “win-win outcome.”

The agreement was made between Iran and the world six major powers (US, Britain, Russia, France and China plus Germany) after eight days of intense diplomacy in this Swiss city and capped 18 months of negotiations.

Iran and the P5+1 group of world powers have adopted a joint statement after marathon talks in the Swiss city of Lausanne calling, among other things, for the removal of UNSC resolutions and sanctions against the Islamic Republic.