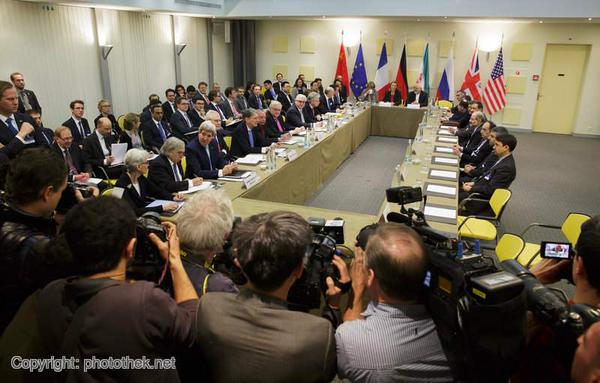 Representatives from Iran and the P5+1 have started new negotiations in the Swiss city of Lausanne over the Islamic Republic’s nuclear program.

The talks began on Wednesday following intensive talks the day before, which lasted into early Wednesday but were then adjourned until later in the morning.

Earlier on Wednesday morning, Head of the Atomic Energy Organization of Iran (AEOI) Ali Akbar Salehi and US Energy Secretary Ernest Moniz met as part of efforts by Iran and the P5+1 to reaching mutual understanding in the negotiations.

French Foreign Minister Laurent Fabius left the talks on Tuesday night to attend a cabinet meeting, according to an official in the French delegation. “He will come back as soon as it’s useful,” the official said.

This is while UK Foreign Secretary Philip Hammond said on Wednesday that “very significant progress” has been made at the negotiations on Iran’s nuclear program.

Speaking to reporters early on Wednesday, Iranian Foreign Minister Mohammad Javad Zarif described the ongoing talks as “very good” and hoped that the parties attending the negotiations could arrive at the expected understanding on Wednesday.

“I hope that we can finalize the work on Wednesday and hopefully start the process of drafting (a final deal)”, Zarif said.

Regarding the removal of the sanctions against Iran, a senior member of the Iranian nuclear negotiating team said on Tuesday that the Islamic Republic and the six other states – France, Britain, the US, Russia, China and Germany – had resolved “many aspects” of the issue of the sanctions, but “some limited” issues still remained.

Hamid Ba’eedinejad, who is the director general for political and international security affairs at Iran’s Foreign Ministry, told Press TV in Lausanne that the Islamic Republic and its negotiating partners were now concentrating on those remaining issues regarding the sanctions.

Iran and the P5+1 group are working intensely to narrow their differences and hammer out a final comprehensive accord over the Islamic Republic’s nuclear program by the end of June 2015.