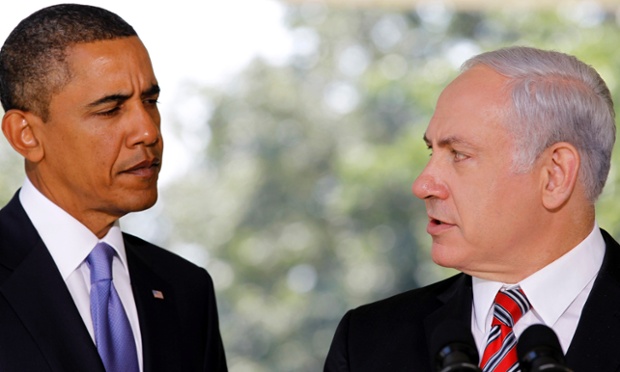 US exerts new pressure against Israel over Palestinian state: Report

The Obama administration is putting further pressure against Israel by showing that it is ready for a UN Security Council resolution about the creation of a Palestinian state.

The Wall Street Journal reported Washington left open the “possibility of letting the United Nations set a deadline for a Palestinian state.”

France is expected to introduce a measure setting a deadline for the establishment of a Palestinian state within two years, French Foreign Minister Laurent Fabius said on Friday.

The US as a permanent member of the Security Council has repeatedly vetoed such resolutions during the past years.

Earnest said Washington was aware of Fabius’s comments, adding that “we have not yet actually seen a text of a resolution so I’d reserve comment on a hypothetical resolution.”

This is while White House officials have so far refused to elaborate on the Obama administration’s position.

The United States has called on Israel to stop the illegal settlement projects. However, Tel Aviv has ignored the demand.

Israeli settlements are considered illegal by the UN and most countries because the territories were captured by Israel in the Six-Day War of 1967, and are hence subject to the Geneva Conventions, which forbid construction on occupied lands.

Last month, US Secretary of State John Kerry criticized Israel for withholding Palestinians’ tax revenues due to their attempts to join the International Criminal Court.

The top US diplomat also warned of another crisis over the economic issue.

“If the Palestinian Authority ceases, or were to cease security cooperation, or even decide to disband as a result of their economic predicament, and that could happen in the future if they don’t receive additional revenues, then we would be faced by yet another crisis,” Kerry said.

In January, Israel blocked more than $100 million of tax revenues after the Palestinian Authority applied to join the International Criminal Court.