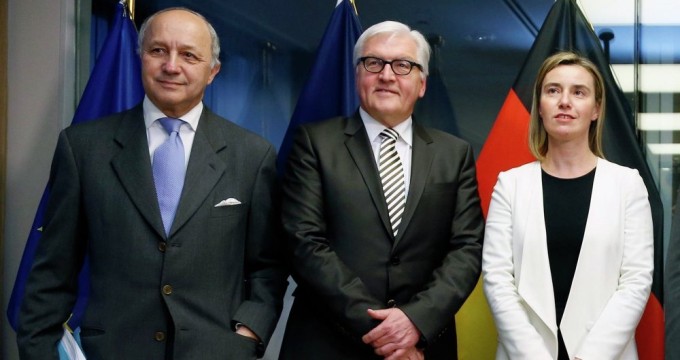 Both Frank-Walter Steinmeier and Laurent Fabius arrived in Lausanne on Saturday.

On Sunday, Russian Foreign Minister Sergei Lavrov and UK Foreign Secretary Philip Hammond are expected to arrive in the Swiss city to take part in talks on Tehran’s nuclear program.

The foreign ministers from the P5+1 group, comprising the United Kingdom, France, China, Russia, the United States and Germany, are expected to conclude a political framework agreement on settling the Iran nuclear issue by the end of March.

The final deal that would ensure the peaceful nature of Iran’s nuclear activities will be agreed upon by the end of June.