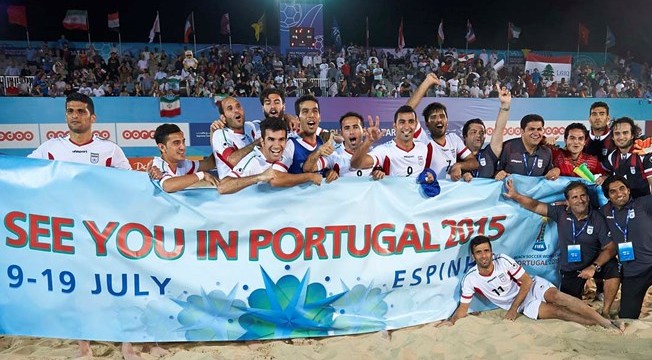 Iran book their ticket to Portugal

Iran have booked their ticket to the 2015 FIFA Beach Soccer World Cup, after an 8-3 victory over Lebanon in the third-placed play-off at the 2015 AFC Beach Soccer Championship in Doha, Qatar.

After a slow start, Iran took a 2-0 lead after the end of the first period before making it 4-0. Lebanon battled to reduce the deficit and scored two goals but Iran kept their foot on the accelerator as they ended the match with an 8-3 win.

Iran will be playing in their sixth FIFA Beach Soccer World Cup while the Lebanese will have to wait to appear at their first global finals on the sand.