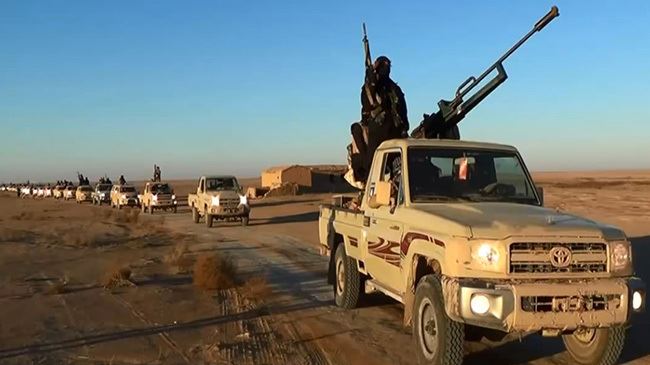 The United States has joined the offensive against ISIS in the Sunni-majority city of Tikrit, providing reconnaissance support at the request of Baghdad, according to a senior military official from the U.S.-led coalition fighting the terror group.

Washington has spearheaded the battle against ISIS in northern Syria and in northern Iraq, also supplying arms and providing training to both Iraqi and Kurdish forces battling the group. However, the official’s revelation that the U.S. is working in the Tikrit offensive represents the first declaration of Washington’s involvement in the Iraqi military’s mission to liberate the city, supported by Iranian-backed Shia militiamen as well as Sunni militiamen.

“The coalition began providing ISR (intelligence, surveillance and reconnaissance) support on March 21, 2015 at the request of the government of Iraq, and the US is now providing that support,” the senior official told AFP, speaking on condition of anonymity.

Last week, senior Iraqi officials called for more airstrikes on Tikrit to accelerate the liberation of the city, but did not specify whether they should come from Washington or from Iran whose advisors – including the notorious former chief of Iran’s elite Quds Force, Qassem Soleimani – are playing a pivotal role in overseeing the operation. “We need air support from any force that can work with us against IS,” Iraq’s deputy minister of defense, Ibrahim al-Ilami, told Reuters.

It appears that U.S. reservations over cooperation with Iran, while both conduct crucial nuclear negotiations over Tehran’s nuclear programme, have resided after the offensive to recapture the city stalled, says Max Abrahms, professor of political science at Northeastern University and member at the Council on Foreign Relations.

”There seems to be an inverse relationship between the roles of Iran versus the U.S. in terms of taking the lead in the fight against the Islamic State,” he noted. “In Tikrit, the Iranians and the Shiite militias are playing a central role and Washington had been saying that it was standing on the sidelines so as not to collaborate with this questionable ally. Now, we see no such reservation.”

The Iraqi offensive on the city, supported by the Shia-majority Popular Mobilisation Units (PMU), had initial success, with a number of towns on the city’s outskirts captured quickly and PMU spokesman, Karim al-Nuri, declaring the city would be liberated in “no more than 72 hours” earlier this month.

Despite holding a numerical advantage over ISIS, the assault on the hometown of former Iraqi dictator Saddam Hussein has taken longer than expected, now in its fourth week. Iraq’s defence minister claimed Monday that the army has slowed down its operation to prevent potential casualties which could occur if they rushed the assault on the explosive-laden city centre. Experts have saidthat the offensive had drawn to a halt because of ‘hundreds’ of ISIS improvised explosive devices (IEDs) planted in the city and the lack of Iraqi engineers to dismantle the explosives.

It is believed that the capture of Tikrit would set-up an assault on Mosul, the city which the terror group captured in its sweep across northern Iraq last summer. Last month, a U.S. Central Command (Centcom) official said that Iraqi forces were being trained in order to launch an advance on the city – which sits in close proximity to the semi-autonomous Kurdistan region – as soon as April or May.