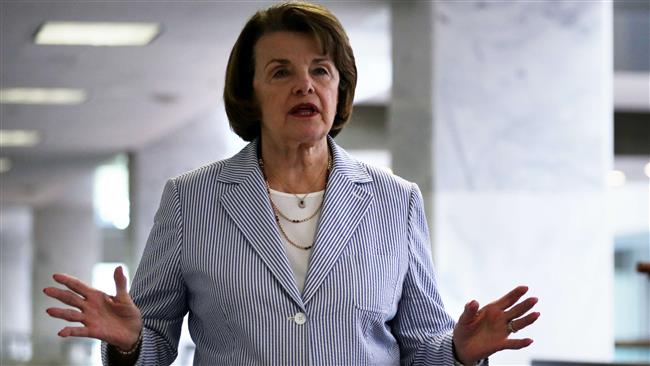 Some senators say it actually made them more sympathetic to the White House’s position.
Israeli officials have mounted an aggressive push over the past three months to turn Senate Democrats against President Barack Obama’s nuclear negotiations with Iran — an effort that, according to The Wall Street Journal, was aided by Israeli spies who snooped on the nuclear talks and shared negative information with U.S. lawmakers.

But interviews with numerous Democratic senators on Tuesday suggest the Israeli campaign in Congress against a nuclear agreement may have backfired. At best, several of them said, it’s made no difference and was simply a restatement of the Israeli government’s public antagonism toward a deal. In some cases, it appears to have made some lawmakers more sympathetic to the White House, given that the Israelis are decrying a deal that isn’t yet finished.

“They are putting on a full-court press to say it’s a bad deal,” said Sen. Angus King of Maine, an independent who caucuses with Democrats and supports legislation that would allow Congress to approve or reject a deal.

The push and pull in Congress between the president and one of America’s closest allies has culminated with Democrats successfully pushing Republican leadership to postpone votes on legislation that could undercut the president on Iran until mid-April. Now the White House has three weeks of breathing room to reach a framework for an agreement before Congress potentially moves to intervene.

Led by Israeli Ambassador to the U.S. Ron Dermer, a fierce opponent of Obama’s dealings with Iran, Israeli officials began briefing Democratic lawmakers on the alleged contours of the deal weeks ago. That information included details that administration officials believe can have come only through spying on the talks, according to the Journal.

Israeli officials strongly denied that the information was gleaned through electronic eavesdropping. And on Tuesday, influential senators could not verify that information used in meetings between Israeli officials and Democrats came from Israeli surveillance or was classified.

“All the intelligence information I’ve gotten has come from America,” said Senate Minority Leader Harry Reid (D-Nev.). “Anything I’ve heard from [Dermer] has been no different from his public pronouncements. They don’t like the deal.”

The aggressiveness of the Israeli officials was swiftly countered by the White House, which expanded its own outreach to target Democratic senators who may be predisposed to take a hawkish position toward Iran and could decide how much sway Congress has — if any — over a nuclear deal.

The behind-the-scenes efforts come as relations between Israeli Prime Minister Benjamin Netanyahu and President Barack Obama appear to be as poor in public as they are said to be in private. On Wednesday, Obama called their relationship “businesslike” and made little effort to deny the strained ties between the two leaders.

The competition between Netanyahu and Obama’s emissaries was evident in their efforts to sway senators like Kirsten Gillibrand. In the past, the New York Democrat supported new Iran sanctions, but so far this year she has not. On Thursday, Gillibrand visited the White House for a briefing on the negotiations’ state-of-play, which she said was mostly a recitation of a deal’s potential contours that loosen some sanctions on Iran in return for monitoring of the country’s nuclear program and scaling back its potential to make nuclear weapons.

That meeting came a few weeks after Gillibrand met with Dermer for what she called a “frank” discussion of Israeli concerns, including Netanyahu’s skepticism that a deal with Iran can be

Sen. Tim Kaine (D-Va.), a vocal backer of legislation that would give Congress the ability to accept or reject a nuclear agreement, traveled to Israel in January. He met with Knesset members, intelligence and military officials, and Netanyahu himself. The message from the prime minister then wasn’t much different from what all of Congress heard from him during his speech to Congress a few weeks later.

“You will not be surprised to know that the prime minister’s speech in his office was pretty much what he said to Congress in March. He does not believe in the possibility of a good deal,” Kaine recalled. “You can agree on some of the specifics that ‘yeah, this is a matter of concern,’ without necessarily agreeing that there’s no way to address it. He doesn’t see any way to address it, but I’m not sure that’s the case.”

Dermer also visited Sen. Dianne Feinstein (D-Calif.) on Feb. 6 at her Washington home, a meeting arranged at her request. The two went back and forth for 90 minutes, she said, and it was clear his intention was to change her mind and convert her into a skeptic of the administration’s negotiating acumen.

It didn’t work, Feinstein said, but “I don’t begrudge him that at all. … We had a good two-sided discussion I thought cleared the air.”

As far as whether Dermer brought classified information to Feinstein in an effort to influence her, the top Democrat on the Senate Intelligence Committee demurred: “I’m not aware of anything he told me that was classified.” For his part, King said that nothing Dermer relayed to him set off an alarm over the source.

“If they are spying, they are not telling me about it,” quipped Sen. Lindsey Graham (R-S.C.).

But few in Congress denied that Israel is targeting lawmakers to sway their opinions on Iran. And there’s evidence that Israeli officials chose those targets carefully, avoiding members who appear immovable. Senate Minority Whip Dick Durbin (D-Ill.), a vocal proponent of giving Obama space to negotiate, said he hadn’t heard anything from Israel. The same goes for Sen. Robert Menendez (D-N.J.), who has clashed repeatedly with the president over his administration’s nuclear negotiations and supports a pair of Iran bills opposed by the White House.

Ultimately, the show of force from the administration — including more than 100 briefings this year, personal conversations between Democrats and President Obama and Vice President Joe Biden, and a letter from White House chief of staff Denis McDonough — proved effective. Senate Democrats pushed Menendez and Corker to move a committee vote to April 14, when it will be clear whether there is any agreement with Iran, and Democrats can vote without worry of scuttling negotiations.

“Nothing was lost by waiting til the 14th. A final deal, even if there is an interim deal, won’t be finalized until June,” Menendez said. “We can set the legislation up and hopefully have it pass significantly so the president considers signing it.”

There’s no indication that Obama’s mind will change on a piece of legislation that McDonough wrote “goes well beyond ensuring that Congress has a role to play in any deal with Iran.”

But if there is a deal, Obama appears sure to face off with Congress, and perhaps Israel will receive late returns on its lobbying effort. Senate Majority Leader Mitch McConnell (R-Ky.) said he’s expecting to move after Easter recess on the congressional approval bill, a long-anticipated vote that supporters believe can reach the veto-proof threshold of 67 votes.