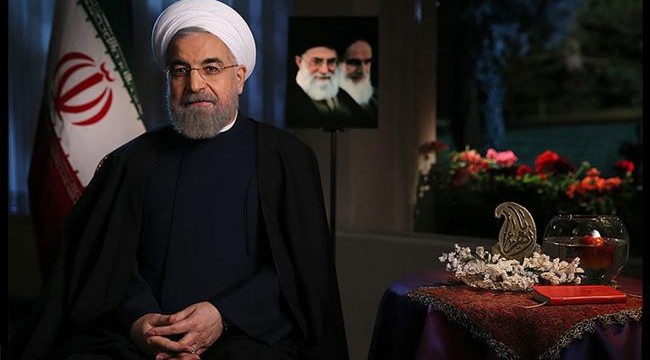 Rouhani made the statement in his annual message to the Iranian nation on the occasion of the Persian New Year early on Saturday.

He hailed the Iranian nation for standing by the government in the implementation of the resistance economy.

Without the support of the nation, it was impossible for the government to reduce inflation, recession and the economy’s dependence on oil.

Rouhani also touched upon the ongoing negotiations between Iran and the P5+1 group of countries over Tehran’s nuclear program, saying the Iranian nation’s pursuit of the resistance economy paved the way “for the victory of Iran’s negotiators against the world powers.”

The world powers have come to know that “sanctions and threats” against Iran is futile and they have no way but to establish respectful dialogue with the Iranian nation, he stated.

Iran and the P5+1 group – Russia, China, the US, the UK, France and Germany – are in talks to reach a comprehensive agreement on Tehran’s nuclear program as a deadline slated for July 1 draws closer. The two sides have already missed two self-imposed deadlines for inking a final agreement since they signed an interim accord in the Swiss city of Geneva in November 2013.

The Iranian president went on to say that Tehran seeks to strengthen friendly ties with its neighbors, vowing to maintain its support for the Middle Eastern countries in the anti-terror bid.

In February 2014, Leader of Iran’s Islamic Revolution Ayatollah Seyyed Ali Khamenei outlined the general policies of the resistance economy and called on the three branches of the Iranian government to implement the policies.

As part of the program, the government must take action to promote knowledge-based economy and domestic production, especially in strategic products and services, with the subsequent reduction of dependence on imports.

The decree also encourages greater privatization and increased exports of goods and services through legal and administrative reform as well as attraction of foreign investment for export purposes.