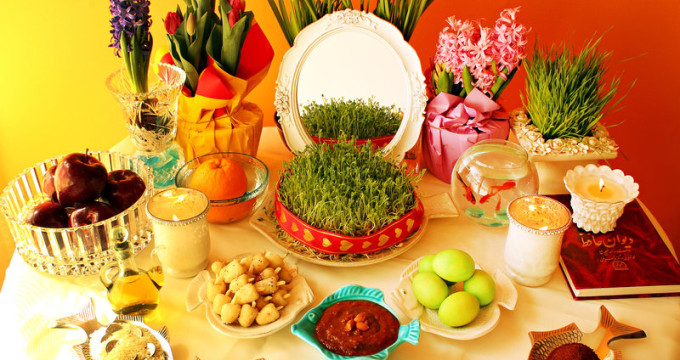 The first day of spring is cause for a celebration, especially after the winter many of us have been having. But it’s hard to top the 13-day festivities of the Persian New Year, Nowruz.

Nowruz, or “new day” in Persian, is an ancient festival that marks the beginning of spring and celebrates the rebirth of nature. And naturally, it has a lot to do with fresh, green foods just beginning to poke out of the ground that remind us winter is not, in fact, eternal. 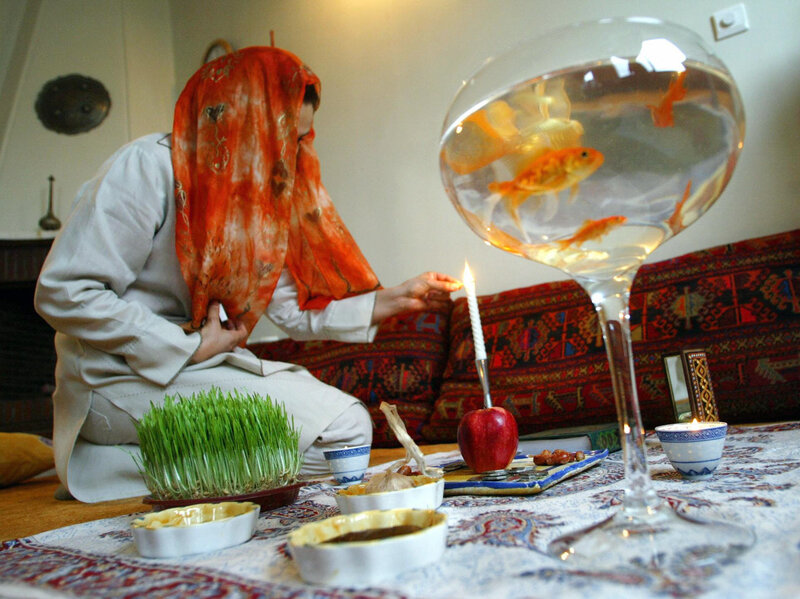 An Iranian woman in Tehran lights a candle on the ceremonial Nowruz table on the first day of the Iranian new year, March 2004. Some families add goldfish to the table to represent life. Behrouz Mehri/AFP/Getty Images

Nowruz begins at the stroke of the vernal equinox, when the sun crosses the equator. Today (March 20), spring will come at 12:57 p.m. EDT. At that precise moment, millions of families of Iranian descent will gather around a ceremonial table known as the haftseen. (Think colorful, elaborate Day Of The Dead-type altars meet a mashup of Easter and Passover traditions.) Young and old hold hands and count down to the New Year together and cheer Eide Shoma Mobarak, or Happy New Year!

The haftseen table is a relatively recent addition to Nowruz – a folksy tradition with murky beginnings. “We do not even find this spread mentioned in the chronicles of travelers to Iran up to the modern times,” says Ahmad Sadri, a professor of sociology and anthropology at Lake Forest college and an expert on ancient Persia.

Haftseen “seems to have come into vogue only in the last century, owing to publicity in the media,” according to Columbia University’s extensive entry in its Encyclopedia Iranica.

And yet, “its essential items perfectly afford reasonable explanation as the reflections of the pastoral and sedentary conditions of ancient Iranians and of their beliefs.”

In every home, the haftseen table is decorated with seven items – since seven is considered a lucky number. Each item begins with the letter sin (s) in Persian, and each item is a symbol of spring and renewal, including:

Other words beginning with the letter “s” can also be used, such as the spice sumac, its brilliant gold color representing the sunrise, or senjed, a dried fruit of the Lotus tree, representing love. 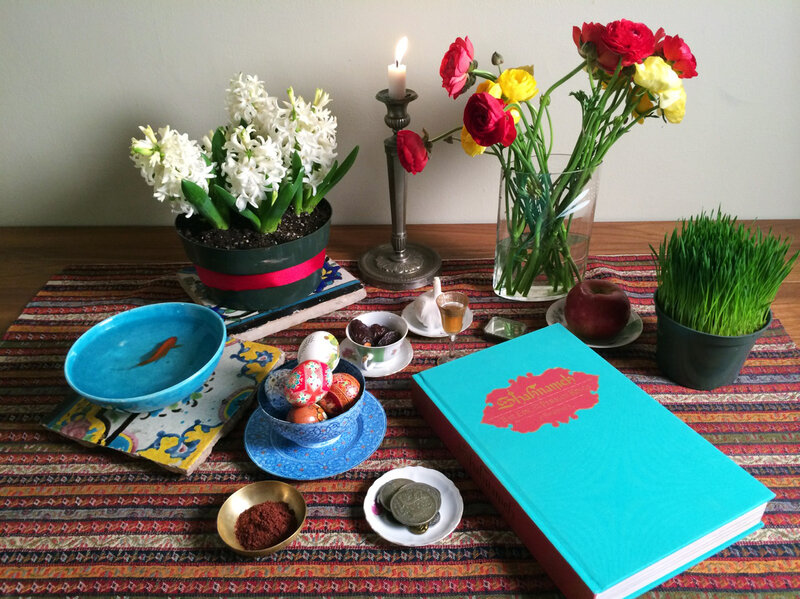 Some families even add a little more flair. Haftseen tables can also include a Quran, a book of poetry, a mirror and candles (reflecting into the future), a goldfish swimming in a bowl (representing life), painted eggs (representing fertility), and all kinds of sweets and fruits.

“I love the sabzi polo mahi, which is fish and herbed rice,” she says. “It’s a massive tradition in our house to have that.”

Chef and author Donia Bijan, who was born in Iran, told Martin last year that all that chopping of parsley, cilantro and dill for that dish was the hardest part. “It certainly teaches you that good cooking does require a lot of patience,” she says.

Other dishes include soup with noodles “that symbolize unraveling the difficulties in the year to come,” as NPR commentator Bonny Wolf has reported, and of course, eggs represent fertility in practically every culture. One personal favorite is karaf, an exquisite celery, mint, dried lime and beef stew served over white rice.

Nowruz is also a time for spring cleaning, buying new clothes, visiting friends and relatives and renewing bonds. On the 13th day of the New Year, the celebrations finally end. Since the 13th is an unlucky day, entire families go on picnics and take with them the sprouts (sabzeh) from the haftseen table. The sabzeh is thrown into flowing water, symbolizing a “letting go” of the misfortunes of the coming year.

In 2010, the United Nations first recognized International Nowruz Day, as it is celebrated in countries around the world, including Afghanistan, Albania, India, Iran, and Turkey. Here in the U.S., the day is celebrated across many diaspora communities from New York to Chicago, Florida to Texas.

In southern California, the Los Angeles County Museum of Art has set aside two days of festivities including a short film festival, a display of the traditional haftseen table, and, for the first time, a traditional tribal Persian costume parade for all ages.

We spotted these great photos of a haftseen table in the Persian Gulf on Instagram. If you’ve got a great picture of your own haftseen table or a Nowruz tradition you want to share with us, tweet it to @NPRFood and @TellMeMoreNPR — use the hashtag #nowruzNPR. 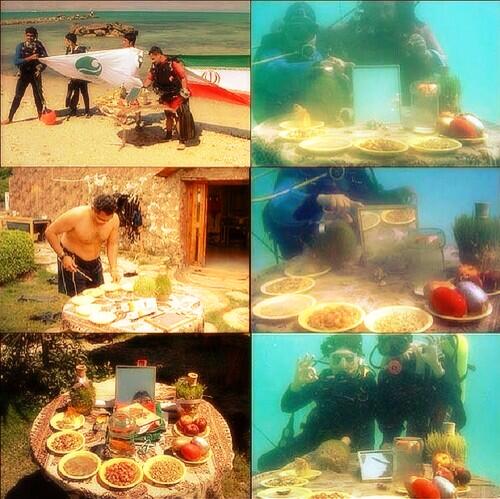 A #Nowruz haftseen in the Persian Gulf. #Iran